After looking around Hollywood for new takes on the Star Trek film universe created by J.J. Abrams back in 2009, Paramount decided to go back to Alex Kurtzman and Roberto Orci to write the third installment, The Hollywood Reporter says. The deals haven’t been finalized just yet, but the genre writing duo who worked on the previous films are expected to join back in on the Trek fun. Meanwhile, Abrams might be busy helming Star Wars Episode VII, but the studio’s trying to get him on board as a producer of this film as well.

As THR points out, 2016 will celebrate the 50th anniversary of Gene Roddenberry’s most famous franchise, so don’t be surprised if you see Chris Pine, Zachary Quinto, Zoe Saldana, Simon Pegg and the crew back on the screen by then. 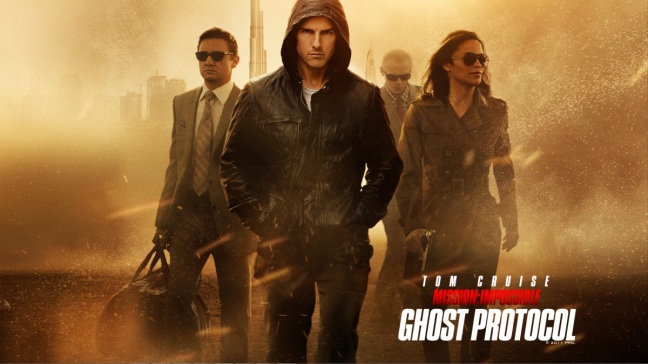 Tom Cruise will be teaming up with Jack Reacher director Christopher McQuarrie once again. This time, the action star is bringing the director along into his most successful franchise, the Mission: Impossible films. McQuarrie’s name had been floating around the project for a while now, but he’s officially joined a club of directors that includes Brian De Palma, John Woo, J.J. Abrams and Brad Bird.

“I am thrilled to reunite with Chris for the latest installment in the Mission series,” Cruise said via statement. “I began producing the films with the goal that a different director with his own vision would make each one. Chris is an extraordinary filmmaker who will deliver the heart-pounding action and thrills that audiences around the world have come to expect from the Mission: Impossible franchise.”

The film, which is being produced by Bad Robot, also features a script written by Drew Pearce (Iron Man 3).  The fifth film is expected to see Ghost Protocol actors Jeremy Renner, Ving Rhames and Paula Patton return along with Cruise, though nothing has been announced officially. The film is expected to hit screen in 2015.