Last year I did this thing where every horror movie I watched during the scare season (which starts in September for me) would have a connection to the previous film. I fully intended to write about all 60-some films and my path from Return Of The Living Dead 3 to the new Halloween, but life gets in the way of our best intentions. At the moment, I’m feeling a renewed interest in blogging, so here we go with this year’s entries. Let’s see if anything can even come close to the horror show of a year we’re living through (it won’t).

END_OF_DOCUMENT_TOKEN_TO_BE_REPLACED

My journey this fall through the weird worlds of Vertigo  has taken me to some strange corners of the comics world and I couldn’t be happier about it. This time around I tackled another volume in the proto-Vertigo post-Grant Morrison Animal Man saga and also made my way through a series based on Scottish mythology that was fun and bloody.

END_OF_DOCUMENT_TOKEN_TO_BE_REPLACED

I’ve mentioned my general plans for this year’s Halloween Scene and even discussed my history with Vertigo, so now it’s time to jump into the actual reviews! The first three books I tackled are the entire run of House Of Mystery, the fourth volume of Animal Man and the modern day vampire tale Blood + Water!

END_OF_DOCUMENT_TOKEN_TO_BE_REPLACED

As I mentioned in my Halloween Scene 2019 kick-off post, I’ve decided to stick to Vertigo comics this scare season. The reason for that is two fold. First, the imprint was officially shuttered earlier this year and second, I was already pretty close to finishing up House Of Mystery.

END_OF_DOCUMENT_TOKEN_TO_BE_REPLACED 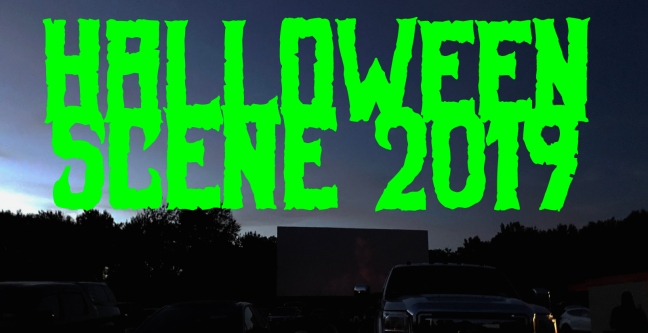 It’s the most wonderful time of the year! That is, the time when my kids have gone back to school, the weather gets chillier and I inject unhealthy quantities of horror into my veins. Last year, I went way too big with a project that might change into something else, so this year I’m keeping it somewhat simple when it comes to the horror films, books and comics I’ll be putting in my eyeballs. END_OF_DOCUMENT_TOKEN_TO_BE_REPLACED

I’m liking this Trade Pile format I got some mileage out of last week with not one, but two posts. In an effort to post more here on the blog and also get my thoughts down on the stacks of trade paperbacks and graphic novels I’m reading, I’m going to keep it going. Plus, I like that header image. So, if you want to find out what I thought about Alex Robinson’s Tricked, Goldie Vance Volume 1, the third volume of Rai and the amazing Daytripper, read on! END_OF_DOCUMENT_TOKEN_TO_BE_REPLACED

Sometimes I grab a series of trades the purposefully have a connection while other times I just grab whatever looks interesting out of my boxes. In the case of this week’s post, I did the latter, but realized that I had a nice connection in that both the second Exiles book and Matt Kindt’s Revolver feature characters dealing with the differences in the realities they experience! Want to know more? Hit the jump! END_OF_DOCUMENT_TOKEN_TO_BE_REPLACED

It might not seem like it thanks to the lack of posts on the blog, but I’ve been fully into the Halloween spirit going back to September. The main reason I haven’t been writing about my horror reading and watching experiences here on the blog is two fold: first, time keeps slipping away each day and, two, I’m being paid to write about most of them elsewhere. However, I’m still trying to check out comics, books and movies for pleasure and not just for profit this October as well.

The first Coffin Hill volume was one such dalliance. I honestly can’t remember why I requested this book from the library aside from the fact that it’s a recent Vertigo book that sounded horror-y so I wanted to give it a read. I actually had a really good time with this comic that reads a bit like a well-layered television show.

Kittredge and Miranda have crafted a quality story about Eve Coffin, a hell-raising heiress who decided to be a cop in Boston before leaving the force and returning home to help find some kids lost in the woods. Oh, she’s also a witch from a long line of witches who accidentally released something evil in the woods around town a decade ago. That thing took one of her friends and turned the other into a vegetable, but still roams around looking for magically inclined people to eat.

There’s a whole lot going on in this book and I like that. We see scenes of Eve as a cop, hear that she accidentally stumbled upon a serial killer and also those scenes with her friends in the woods several years ago. There’s also a great deal of witch and supernatural mythology worked in to the point where I was satisfying by what I got in this first volume, but am also intrigued to see where it all goes in the future.

This might sound odd, but I’m most interested in finding out about a doll that we first see in an asylum and then again in a flashback involving Eve’s mom. It’s fairly subtle, but definitely there and now I can’t wait for my library to get the second volume in stock!

One of my favorite things about comics is when companies allow their characters to be experimented with in wild and different ways. It worked really well with Afterlife With Archie and was also a huge staple of DC’s Vertigo books for a while. Concepts like Sandman, Black Orchid and even Prez received more serious looks thanks to the imprint.

And so did the Phantom Stranger in this one shot, called Vertigo Visions – Phantom Strange written by one-time Vertigo editor Alisa Kwitney and drawn by Sandman Mystery Theatre and B.P.R.D. artist Guy Davis. I knew nothing about it, but Davis’ involvement was enough for me to spend a quarter on it.

As it turns out, this one-shot is worth far more than that. The story follows a woman named Naomi Walker who’s on her first day working in an asylum called Paradise Gardens. The more she gets used to the surroundings on her first night, however, the sooner she realizes that something is very wrong with the situation. As you and Naomi ease into the story, you know something is wrong, you just don’t know how wrong it really is until things pick up.

While Naomi is definitely the main character of this tale, it all revolves around the Phantom Stranger, or at least the two parts of him featured in the story. She’s the one who brings us into the mystifying action and is also the one who is truly in danger from the supernatural demonic threats hidden in Paradise Gardens.

I won’t go too much further into details, but really appreciated how this story takes your basic creepy asylum tale and then just goes nuts with it. At first it feels like something Vincent Price could have starred in but it turns into something more akin to Clive Barker’s dark and twisted worlds. Kwitney does more than impress as the story transforms into something horrendous and Naomi strives to survive it all and Davis’ artwork actually made my skin crawl a few times during my read through.

I will definitely keep this issue in my collection, most likely throwing it in a bag and board for easy storage on my trade shelves. It also reminded me that I have the VV issue starring Doctor Occult somewhere around here and will try to dig it out by the end of the month. If you see this issue around and like monstrous horror, grab it and give it a read.

As you can see from the photo above, I’ve read a lot of random trades lately. Here are a few of them and my thoughts! END_OF_DOCUMENT_TOKEN_TO_BE_REPLACED