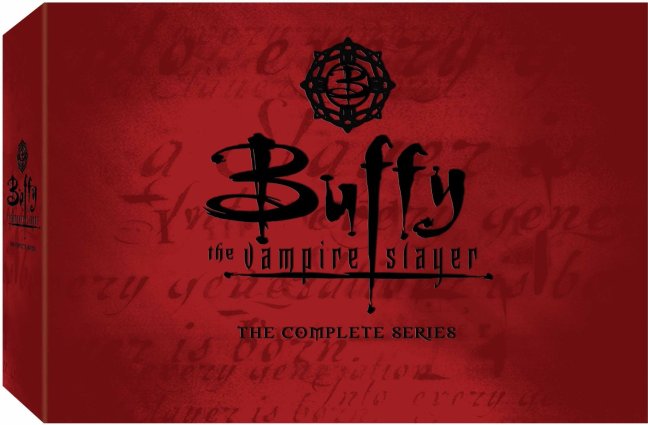 First and foremost, if you’re a fan of Joss Whedon’s Buffy: The Vampire Slayer or Angel and don’t already have all the seasons on DVD, Amazon’s Gold Box Deal today finds both complete sets on sale for $60 and $55 respectively. 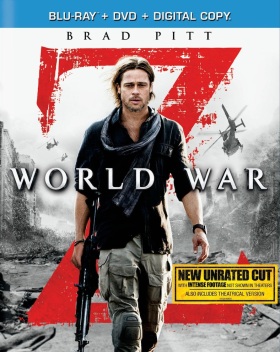 The biggest action release of the week also happens to be a zombie flick. The Brad Pitt global undead thriller World War Z

hits home video today in a variety of formats. 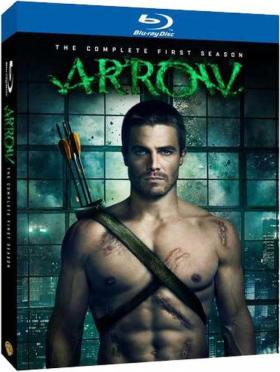 We here at Explosions Are Rad are big fans of The CW’s Arrow. If you missed out on the first season you can catch up now thanks to Arrow: The Complete First Season before the second season kicks off on October 9th.

is a film that was not on our radar, but the idea of Mickey Rourke facing off against Twilight star Kellan Lutz sounds strangely intriguing. 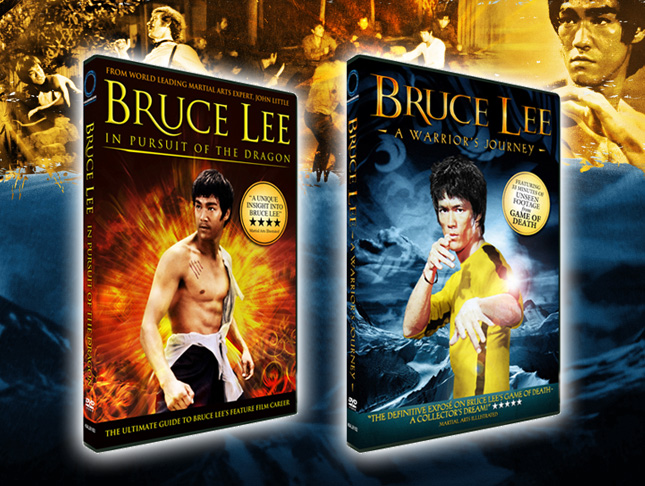 . Journey features previously lost footage from Lee’s last film The Game Of Death while Pursuit “follows the chronology” of The Big Boss, Fists Of Fury, The Way Of The Dragon and Enter The Dragon. 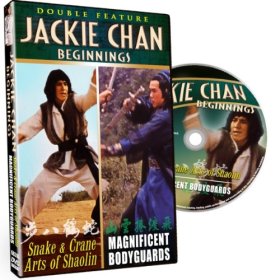 . This double feature collects two of the six films he made in 1978 alone!

Well, I wanted to stay a little more timely with Casting Internets, but with the holidays, I got WAY behind not just on doing posts, but also reading stuff. Over the past week, I got really caught up. Not much was worth linking to, but I do have a few here that were fun.

Even before hyping my own links, I’ve got to call out this amazing post from Topless Robot. My pal Rob Bricken tore through a Washington, D.C. news report about DC comic books not being appropriate for kids. Mind you, they are clearly labeled as not for kids. His indignation is palpable and amazing.

In addition to my daily posts over on Spinoff, I also wrote a really fun piece about Mattel and their DC action figures for CBR in addition to pieces about Hoax Hunters, Rebel Blood, Near Death, the Artifacts finale and I even helped out with the CBR Top 100 Comics of 2011!

I also wrote about Black Widow’s costumes for Marvel.com! 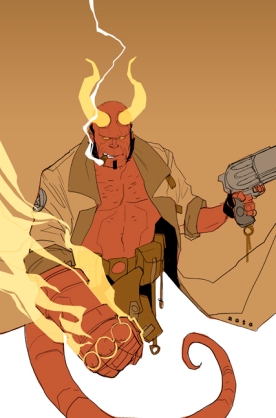 If you’re a How I Met Your Mother fan and saw the episode from a few weeks back, I highly recommend checking out the Puzzles website, especially the calendar and menu. Looks like quite the NYC hang out.

Whoa, there are 700 unreleased Thin Lizzy songs according to The Onion. They will be mine, oh yes, they will be mine. Maybe I should get the rest of their existing records, too. 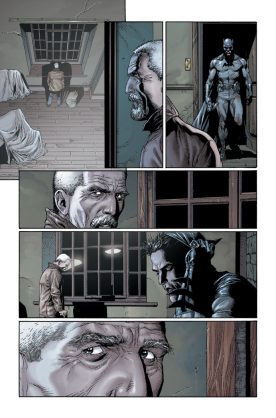 The Superman: Earth One book only looked interesting because of Shane Davis’ art, but the Batman version by Geoff Johns and the always amazing Gary Frank? I’ll buy that for some dollars. (via CBR)

I am definitely on board for this Bruce Lee documentary called I Am Bruce Lee. Like how they put it right on front street. (via /Film) 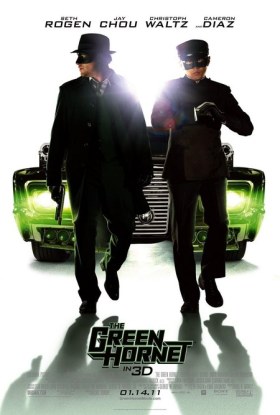 I had zero expectations for The Green Hornet. I was intrigued by Seth Rogen’s attempt to be an action star as well as Michel Gondry’s involvement, but it wasn’t the kind of course material that I’m either familiar with or nostalgic about. I questioned what the point of bringing back a character that hasn’t been in the spotlight for 40 years and assuming he’d have any kind of cache with audiences. But hey, that’s what Hollywood does.

We’ve actually had this DVD sitting around from Netflix for longer than I care to admit (or can remember, but it’s been awhile). Originally the missus and I were going to watch it, but with more and more passing weeks and our recent downgrade from two discs at a time to one, I wanted to get some new blood in my player.

Oh man, did I have fun with this flick. For some reason, I had assumed that Rogen’s Britt Reid was actually some kind of legacy, that he was picking up the Green Hornet mantle from his father who had passed away, but that’s not the case. Reid’s dad does die, but he wasn’t GH. After a day of hanging out with his father’s mechanic/genius/martial arts expert Kato, Britt and him wind up doing something stupid that leads to them becoming heroes. From there it’s a matter of Reid’s fortune supplying Kato with what he needs to build their supercar the Black Beauty and come up with the Hornet’s gas gun.

I know there have been several movies lately about what it would be like for a real person to become a hero, but I haven’t seen them. I refuse to watch Kick Ass and just haven’t gotten around to seeing the others. I know from reviews and source material that they focus on the potential hero getting the ever loving shit kicked out of them before they get to be worthwhile protectors of peace and justice. I’m glad they skipped over most of that stuff with this movie. Kato’s got the Green Hornet’s back, so you don’t really have to worry about him for the most part. There’s a few close calls, but overall Reid handles himself alright. There are real life like events, like a few killings, that reflect the seriousness of the situation, but overall, Rogen’s quips keep things light and had me laughing a lot. It did seem like a lot of them were ADRed in which got to be a little distracting and reminded me of Patton Oswalt’s routine about writing jokes for movies that had already been written.

But that’s a minor problem and one that you only really notice if you watch too many movies like me. The real question from a Friday Fisticuffs perspective is: how were the fights? Pretty cool. I know there was some hesitation online about Gondry’s way of showing how fast Kato moves and thinks (it was called something, but I can’t remember what), but I thought it came off pretty cool looking if not very video gamey. He essentially scans the entire area, notes weapons and sometimes targets in red and then does a series of moves to take them all out. There’s also a kind of stretching effect here and there that reminds me of some of the effects used in Flash comics. Had it been overused, the effect would have quickly become annoying, but Gondry used it sparingly, so it was fun to watch. Plus, Jay Chou’s got pretty good moves for a pop star.

There weren’t that many hand to hand fights, but the ones that were, using Gondry’s method were a lot of fun to watch. You don’t often see people thinking of new ways to actually show fights and it’s a heck of a lot better than that quick-cutting, hand held camera work that has become so popular. The other action scenes were pretty great, especially the huge epic fight that lead into a chase and then into yet another fight at the very end.

Overall, I’d recommend The Green Hornet to pretty much anyone. There’s enough comedy in there to keep non-action fans entertained as well as something of a love story. The movie also did something that I didn’t think was possible: made me more interested in the Green Hornet. I kinda want to check out the original old time radio show as well as the TV series (though Bruce Lee’s involvement as always intrigued me) and even the Kevin Smith comic based on the screenplay he wrote a while back. So, I guess the movie did it’s job. Well, it could have done better at the box office, but it did it’s artistic job by being entertaining, fun, innovative and intriguing.

I don’t have a ton to say about Finishing the Game, so I decided to implement a new category called Quick Movie Review. The movie’s a fake documentary about completing Game of Death after Bruce Lee died. I accidentally rented Game of Death a few years back, not realizing it was cobbled together with a few minutes of actual Bruce Lee footage and a bunch of other nonsense with lookalikes. It’s really a bad movie that, from what I’ve read since, was just a crazy cash grab. Finishing the Game takes that idea and runs with it as we see a director and casting agent going through a bunch of people trying to find Bruce’s replacement, mostly from unknowns and guys riding Bruce’s coattails. There are a lot of funny bits to the movie as it focuses in on a few select people. There’s even a brief, but hilarious plot point centering around a TV show starring James Franco.

My only “problem” with the movie is that I don’t know if it’s based on any kind of fact. I compared the actual Game of Death director to the guy from Finishing and they don’t match up and I’ll be honest, I’m too lazy to look everyone up, so maybe I’ll never know. There’s also no trivia on IMDb and the Wiki page isn’t all that informative. I’m guessing it’s all made up, which is kind of disappointing because it would be a lot funnier if this was based on more fact than “someone tried to complete a Bruce Lee movie after he died.” There’s plenty else going on like the egos and lack thereof of the guys auditioning to fill Bruce’s shoes and a couple love stories, plus an inside look (maybe?) at what casting a movie was like. Plus it’s short, which is a plus.

All in all, I’d recommend this for anyone interested in Bruce Lee, mockumentaries or the 70s, especially if you don’t get too tied up in the reality of the comedy like I do.