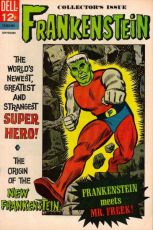 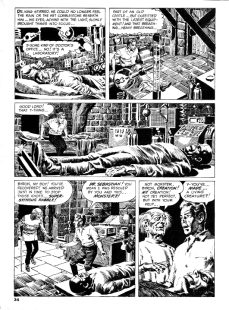 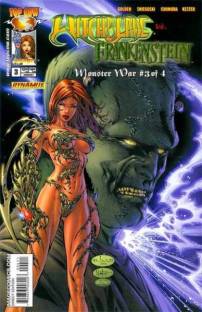 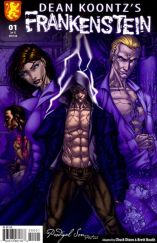 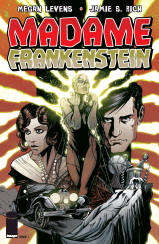 As the second meeting of The Midnight Comic Club comes to order, I’m joined by comic book artist Brent Schoonover to talk about EC Comics, the Tales From The Crypt TV show and the wonders of Jack Davis and the gang by way of Grant Geissman’s excellent Foul Play!: The Art And Artists Of The Notorious EC Comics! We both discovered the show and comics around the same time back in the 90s and had a great time talking about all the goodies in Foul Play. Also, do yourself a favor and check out Brent’s website here and follow him on Twitter here!

END_OF_DOCUMENT_TOKEN_TO_BE_REPLACED

Whenever possible, I like to theme my reading or at least the posts I write here on the blog, but sometimes I just wind up reading a lot of disparate trades that have nothing to do with each other. That’s the case with this mix of books I pulled from my To Read boxes and the library. Let’s get into it! END_OF_DOCUMENT_TOKEN_TO_BE_REPLACED

Over the past three or four years, I’ve really started digging into the horror side of comics, especially the ones published by Marvel. A few years ago we did a week-long run-up to Halloween showcasing certain scare books, then last year we did the same, but for the whole month of October.

One of the many jewels I’ve discovered in my time reading through these books mainly on the fantastic Marvel Unlimited service has been Tomb Of Dracula. That series is just fantastic and I hope to dig into the whole thing at some point. I’ve also come to realize just how amazing of an artist Gene Colan was. So, while searching his name on my local library service, I was excited to see his and Marv Wolfman’s The Curse Of Dracula which came out from Dark Horse in 1998.  END_OF_DOCUMENT_TOKEN_TO_BE_REPLACED 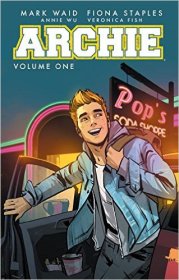 No one’s more surprised than me that I’m writing a post about not one, but two Archie books I love, but that just goes to show that I was previously being close-minded about this company AND that they’re pretty awesome right now. END_OF_DOCUMENT_TOKEN_TO_BE_REPLACED

Kyle Rayner was MY Green Lantern for the longest time. I came to the ongoing series when Hal Jordan went nuts and an LA dude got the most powerful weapon in the cosmos dropped in his palm in a back alley while wearing a Nine Inch Nails T-shirt. I was on board instantly and have loved that character ever since. So, when I was perusing the library’s Green Lantern offerings and saw they had a copy of the DC/Dark Horse Green Lanterns Versus Aliens crossover, it was the easiest of requests to make. END_OF_DOCUMENT_TOKEN_TO_BE_REPLACED

Every few weeks I find myself requesting any number of trades from the local library system. They come in in spurts and I get to them as I can. I can’t think of much in the way of connections between Harrow County Volume 1, First Wave and Black Widow: The Finely Woven Thread, but I enjoyed them all, so there’s that, I guess! 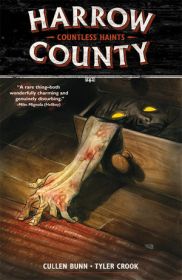 Harrow County is a witchy horror comic by Cullen Bunn and Tyler Crook from Dark Horse. This first book — officially titled Harrow County Volume 1: Countless Haints — compiles the first four issues of the series which follows Emmy, a young woman who comes to realize that her fellow country denizens might want to murder her for being the reincarnation of a witch they killed about 18 years ago.

Packed with characters I want to learn more about, a slowly unfolding mythology and some amazingly creepy art by Crook (whose style reminds me a bit of Jeff Lemire’s, but with a more comic strip shape if that makes sense) I’m definitely hooked and want to find out what else happens to Emmy, her dad and the unusual creatures she’s come into contact with. In a way, it reminds me of a smaller-in-scope Hellboy with a young woman protagonist which adds a new, interesting angle that I’m sold on. Time to see if the second volume is available at the library! 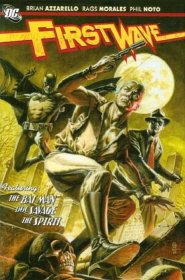 Back in my Wizard days, DC seemed to be snatching up random characters or rebooting old imprints and trying to incorporate them into the DCU with little success. They brought back Milestone and Tangent and also tried to bring the THUNDER Agents into the fold. I actually preferred what they did with First Wave, which mixed classic pulp-inspired characters like Doc Savage, The Spirit and Justice Inc. with non-powered DC folks like Batman and the Blackhawks into a new universe. Things kicked off with the Batman/Doc Savage Special by Brian Azzarello and Phil Noto and then moved into the six issue series called First Wave by Azzarello and Rags Morales.

I wasn’t very familiar with Doc or Spirit the first time I read these issues, but have read a few things since then. I think Azz does a great job of bringing in all these different characters and not only keeping them clear, but also giving them business that works for them. I had a little trouble keeping track of all the balls in the air towards the end, but I still enjoyed the pulp-y quality to the tale which was enhanced by Rags’ art which always excels at capturing facial expressions while also drafting solid action scenes. Reading this made me want to dig up the issues of the Doc Savage and Spirit series’ that launched out of this as well as the Batman/Spirit one-shot by Jeph Loeb, Darwyn Cooke and J. Bone which I remember being a lot of fun. 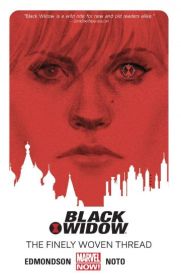 Finally, let’s wrap things up with Black Widow Volume 1: The Finely Woven Thread by Nathan Edmondson and Phil Noto. THis is the rare comic that I picked up just to check out the artwork. I like Edmondson and have interviewed him a number of times for Marvel.com and also dig Black Widow as a character, but you just don’t get enough Noto-drawn comics! I mostly see his stuff online and on covers, so getting to really dive into a book that plays to his strong suits — beautiful but dangerous women, great action — was a lot of fun and a treat for the eyes. I especially like how he outlines various elements in a spidery red that draws the eye from object to object.

Story-wise this book focuses on Black Widow’s desire to make amends for the bad things she did in her past by taking on various jobs around the world and using that money to support her victims’ families as well as a web of support around the world. The one-and-dones are a nice change of pace, but I admit to having trouble reconciling an international killer who is also a member in good standing with the Avengers. Then again, that’s probably just be getting too much in my own shared universe-loving head!