In The Days Of The Mob 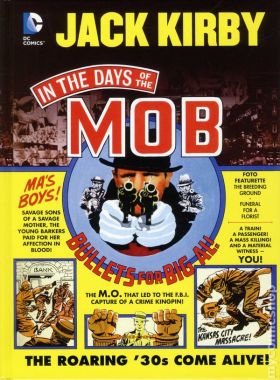 I was a few weeks behind in celebrating Jack Kirby’s birthday, but I still got a solid dose of The King’s amazing work in recently called In The Days Of The Mob.

Back when Kirby first made the jump from Marvel to DC, one of the first assignments he got at the Distinguished Competition was actually a magazine called In The Days Of the Mob which had a very low print run and only last a single issue. Doesn’t sound like the most robust collection, right? Well, Kirby historians got together to include cleaned up versions of the published issue as well as the stories he created for the second issue that had never been seen before! The first issue, which has an almost sepia look to it features several one-offs while the black-and-white second has more interconnected characters.

I went in to this book completely blind aside from the fact that it was a crime book created by the man who would go on to create other books I’ve developed a love for in recent years like his Fourth World stuff, The Losers, OMAC,  The Demon and more. To give a little bit more context, the comic actually takes the storytelling style I associate more with EC or Warren horror stuff where there’s a group of stories being told by one particular narrator. In this case, it’s Warden Fry (or Frye, depending on which issue you’re looking at) who basically watches over Hell, which is a big jail. This gives Kirby the ability to play with awesome brimstone imagery before going into the more real world-based recountings of mobster stories from the 30s featuring real life figure like Ma Barker and Al Capone. 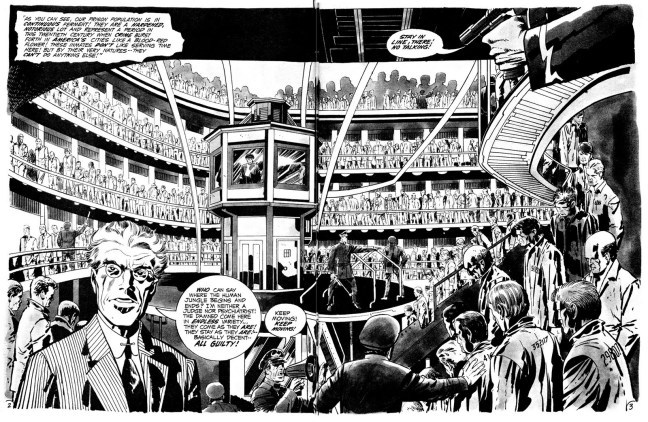 Unlike a lot of the other Kirby books I mentioned above, I fell in love with the art and words at the same time. I thought this fantastical framework was such a clever way of getting into these stories and the art, which you can see above, is just wonderful.  While I never stopped loving the artwork, I will say that the stories got a little boring by the end of the second issue. A lot of this is well-trod territory by now which takes some of the wind out of the sails, but you really can’t go wrong looking at Jack Kirby drawing more graphic crime comics than he’d ever done before. I will say that, if you want a Ma Barker story, you’re much better off reading the one in this than watching the awful Bloody Mama.

As you might expect, I’ll be holding on to this one as part of my growing Jack Kirby library if for no other reason than to look at those gorgeous panels and pages.