Yesterday I knocked out eight or so quick hits of movies I enjoyed in 2019. I should have mentioned in that first post that I’m talking about movies I watched in that year, not necesarily movies that came out in said year. If that were the case, I probably wouldn’t have much to write about as someone who mainly gets their entertainment from Netflix (digital AND disc, like an O.G.), Amazon Video, the library and Hulu! Let’s get back to it!

END_OF_DOCUMENT_TOKEN_TO_BE_REPLACED 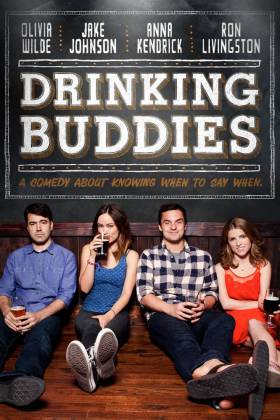 In a lot of ways, flipping through Netflix’s Instant offerings reminds me of my days wandering through my local Family Video and checking out all kinds of movies based on very little information. I usually went by cover or familiar cast, maybe reading the description on the back and just giving all kinds of movies a shot. It’s basically the same thing with Netflix with a lot more landmines thrown in the mix.

When I saw the poster for Drinking Buddies, though, I was pretty sure it was something I’d like. Just look at that cast! Office Space‘s Ron Livingston! New Girl and Safety Not Guaranteed star Jake Johnson! Pitch Perfect‘s Anna Kendrick! And Olivia Wilde whose work I’m not really familiar with. I also didn’t know much about writer/director Joe Swanberg who took a very improvisational approach to this film, often just letting his actors go with a few story details and seeing what happened. Swanberg’s a big deal in the small budget subgenre called mumblecore which usually focus on super personal stories for the characters.

In the case of drinking buddies, Wilde and Johnson play co-workers at a brewery who are also good friends. They’re each in a relationship, Wilde with Livingston and Johnson with Kendrick, but a trip to a cabin soon breaks up the norm for them. I won’t get into spoilers — by the way, skip the IMDb trivia page for the film before viewing because it’s super spoilery in the main section — but the film essentially finds these two characters examining their relationships with one another and their partners.

As I mentioned above, I wasn’t very familiar with Wilde going into this movie, but I found myself really enjoying her character and performance. Of the group, I think she’s got one of the more complicated characters to play and she pulls it off. She’s really great at her job (which seems to be in PR or something along those lines), but doesn’t really have much of her life aside from that in order. Her relationship with Livingston feels like a placeholder even if she doesn’t want to admit it. And when you see her in her apartment, it opens up a whole house full of windows into who she is (the birthday cake thing made me cringe).

Overall I liked this film. The chemistry between the characters is spot on. You get why each person is friends with/connected to/in a relationship with the others and it all feels fresh. I don’t know how big a fan I am of the super realistic way the characters talk though. It might feel more real — people stutter, repeat words and get lost in thought all the time in real life — but that can be distracting in a piece of fiction. But if this improvisation format allowed the actors to better tap into the emotion of their characters, I can handle lots of “likes” and “ums.” The movie also doesn’t have a traditional arc when you think about it. At the end of it, you’re not really sure what’s up with any of the characters. Truths are told, but we have no real idea what ramifications the events of the film have. This also didn’t bother me too much, but I can see it being a sticking point for some. I think if you’re a fan of the actors — Jason Sudeikis is also in a few scenes — and are even remotely familiar with this style of indie filmmaking, I think you’ll dig it too.