George Marston’s Newsarama story about Bendis’ Jinxworld imprint moving to Dark Horse is what spurred me on to read these books in the first place. It’s also where I learned that he was no longer DC-exclusive starting earlier in 2021.

Going back a bit, Bendis leaving Marvel for DC was such a big deal that George Gene Gustines wrote about it for the New York Times in 2017.

Also, big thanks to Carole over at Comic Book Treasury for creating the Bendis Superman/Action Comics Reading Order page that I used to start this journey.

Here’s the very informative interview with the writer himself conducted by Joe Grunenwald for The Beat.

Before wrapping up, I also mentioned the debates between Bendis and Kirkman about creator-owned comics, which you can read a recap of on CBR from 2008!

On this week, I’m celebrating Black History Month by running down five of my all time favorite black comic creators. This was a delightful trip down memory lane, but also a great look at some of the greatest comic writers and artists around. I hope you enjoy it!

If you’re interested in the links I mentioned in the episode, here’s the CBR interview I did about Goldie Vance. If you want to find out more about McDuffie being let go from Justice League of America, you can read the initial Lying In The Gutters column here and then the news itself about him being ousted here. Finally, enjoy a few pics I snapped while putting this episode together including the fantastic Kyle Rayner sketch Darryl Banks did for me! 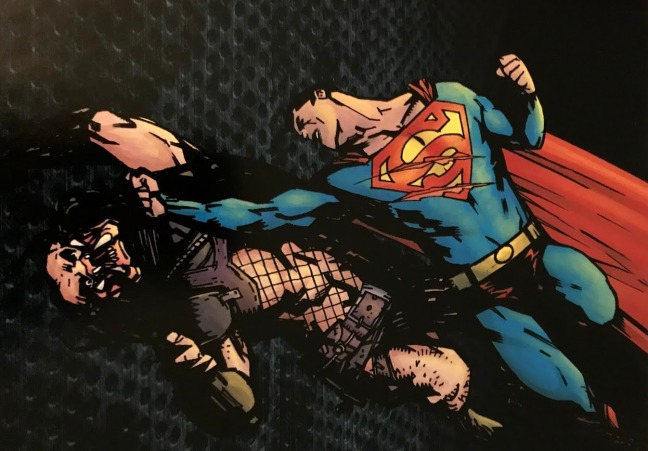 A few years back, I wrote for the Blumhouse website. It had been a while since I’d actually been paid to write about horror. I’d snuck as much of the genre into ToyFare when I had that kind of sway and done a few things for CBR before it turned into a soulless machine, but that was a minute ago, as the kids say. So, writing for Blumouse — which covered the whole genre, not just the films of that particular company — was a lot of fun. I did a piece on cool Predator merch and another on great Alien comics to check out.

I was even in the process of pitching a story about great horror-super hero crossovers when the whole site went sideways. Around then, I bought DC Comics/Dark Horse Comics: Justice League Volume 1. This was part of a series of books DC and DH were putting out at the time collecting their various crossovers over the years. Now, I’m going through them for the spooky season!

END_OF_DOCUMENT_TOKEN_TO_BE_REPLACED 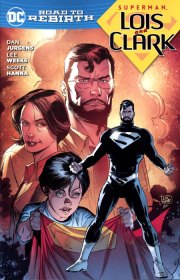 I know it’s October and I should be finishing up the Wally Wood EC book I started or the volumes of Creepy and Eerie Archives I got from the library, but I just couldn’t resist reading this pair of books from the library. So let’s jump right in! END_OF_DOCUMENT_TOKEN_TO_BE_REPLACED 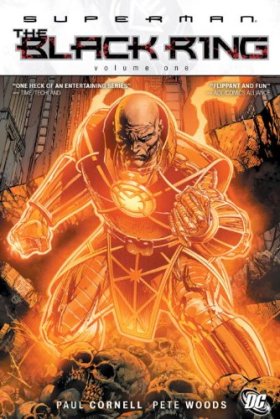 When the New 52 was announced a few years back, there was a part of me that was glad because it offered such a clear and obvious place for me to cut off my relationship with monthly comics. For years I’d worked at Wizard where it was part of my job to stay on top of what was going on which was easy because we used to get a couple copies of every book each week. I got laid off a few years before the big switch over and kept up as well as I could, but fell way behind. Once the continuities shifted, I didn’t feel like there was a limitless number of future comics that I’d have to check out just to stay up to date. Sure there would be New 52 books I’d check out and probably love, but that could all be absorbed in trade form.

In that time between Wizard and the New 52, though, there still were some really great stories that I missed, including Paul Cornell’s run on Action Comics that showcased Lex Luthor as he tried to discover the truth behind the Black Lantern rings he discovered during Blackest Night.

In this first volume Luthor finds himself dealing with a new brand of obsession thanks to his exposure to the Orange Lantern and Ring in the aforementioned crossover. That urging makes him want to find out what’s up with the Black Lantern rings even more than he would have otherwise. This quest puts him on a path that leads to opposition and interference from Mr. Mind (or a clone/copy of the one from 52), Deathstroke, Gorilla Grodd, Vandal Savage and even Death from Sandman, marking her first appearance in the DCU (or at least the first time in a long time). To help balance himself out, Lex has created a robot version of his one true love, Lois Lane, who also happens to break out the big guns whenever necessary.

I had more fun reading these six issues than I expected to and I thought I’d enjoy it. I’ve been reading Superman comics since 1992, so I’ve seen plenty of takes on Lex Luthor, some more successful than others. I thought Cornell did a fantastic job of setting this version up and carrying that out through a series of adventures that not only make sense in the general concept of the character (who always craves power in every version) while also having fun and presenting a somewhat roguish character that you kind of hate to love. Luthor’s as smarmy and conceited as you might expect, but he also earns it by being the smartest, most prepared guy in the room, even when said room includes interdimensional telepathic worms and ancient immortal barbarians. He’s basically jerky Batman with no costume and a mad-on for the world’s most beloved superhero. With Superman not actually appearing in this book — he was walking around the country in the yawn-inducing “Grounded” story over in Superman at the time — I personally found it easier to get on Luthor’s side.

And boy does Pete Woods draw the heck out of these issues. Every time I look at his pages I wonder how he can achieve such a smooth, shiny, detailed look. He’s Terry Dodson or Frank Cho-esque while keeping female proportions in a more realistic zone. And his facial expressions are up there with Kevin Maguire’s which is super important when working with a smarmy character like Luthor. This first volume really impressed me to the point where I was really glad I already had the second one on hand so I could jump right in and keep reading. 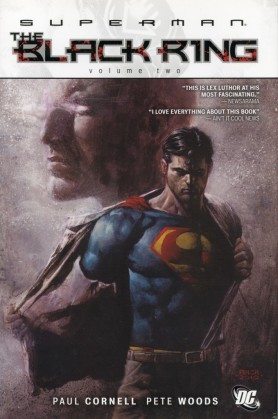 I’m not usually a fan of one trade ending on a cliffhanger and leading into the next one, but since I had both volumes on hand, it didn’t bother me too much. Being the incredibly well prepared evil genius that he is, Luthor already had a plan at the ready in case Vandal Savage came at him, one that included the Secret Six, which is lead by his daughter Scandal. Secret Six is one of those books that people seem to either love or hate. I’m somewhere in the middle, loving much of it, but hating Ragdoll, so the inclusion of that issue, while appropriate for the story, did get on my nerves a little.

From there, we get a pair of flashback issues that find young Lex hanging out with Darkseid and Ra’s al Ghul before returning to the present where he gets back to his main mission which brings him into contact with Joker and Larfleze before reaching its epic conclusion which includes Luthor gaining the power of a god, but losing it because SPOILER he doesn’t like being told what to do or having rules.

One of the really interesting things about this book is that, by bringing Luthor into contact with some of the DCU’s most prominent villains, you not only get a better idea of what makes him tick, but why some of these people strive for their goals even after getting their butts handed to them time after time by the superhero community. Each of them has something that pushes them forward. And while those motivations aren’t the main focus of the book, they are there for the reader to mull over to their degree of interest.

Another great aspect of Cornell’s story as a whole is that, by defining Lex Luthor so damn well, it also helps to define Superman. We see how complex Lex Luthor is and why he hates Superman, but at the very end we see why Lex is the bad guy and Superman is the good guy which makes for an incredibly appropriate 900th issue celebration. For all his claims of wanting humanity to thrive without aliens lording power over humanity, this is just a guy who doesn’t like being told what to do sacrificing the potential to do great good for his own ego. He doesn’t care if the aliens are above humanity, he hates having an alien over HIM.

It all harkens back to a great scene in the post-One Year Later Superman story collected in Up, Up And Away. Superman lost his powers for a year which left Lex free to supposedly pursue all those altruistic motives he supposedly had for killing Superman, but instead he wasted it to which Superman responds with a line like “You could have been curing cancer while I was gone!” That all sums this character up perfectly. If you believe he wants to help humanity, you’re buying into one of his many lies, but then again, I can’t really fault you for that because he’s pretty damn good at it.

It’s probably pretty obvious by this point, but I love this run. I read these volumes thanks to copies acquired from my local library system, but I think I’ll keep an eye out to add them to my collection. It’s rare to find such a well plotted out story that moves along surprisingly well for so many issues and also does such a great job of defining a character.