While talking to Collider, Dodgeball and We’re The Millers director Rawson Marshall Thurber mentioned a Magnum P.I. movie he wrote along the lines of Beverly Hills Cop. Hopefully, Millers will do well enough to make that happen!

Speaking of action comedies, head on over to TVLine to check out the first motion poster for the Andy Samberg-starring half hour Fox comedy Brooklyn Nine-Nine.

TheWrap broke news that Tarsem Singh (Immortals) has signed on to direct a film called Panopticon written by Craig Rosenberg (After The Sunset, Lost). The film follows a man who receives a letter from himself about the upcoming end of the world.

Dwayne Johnson tweeted another behind-the-scenes shot from the set of Brett Ratner’s Hercules. 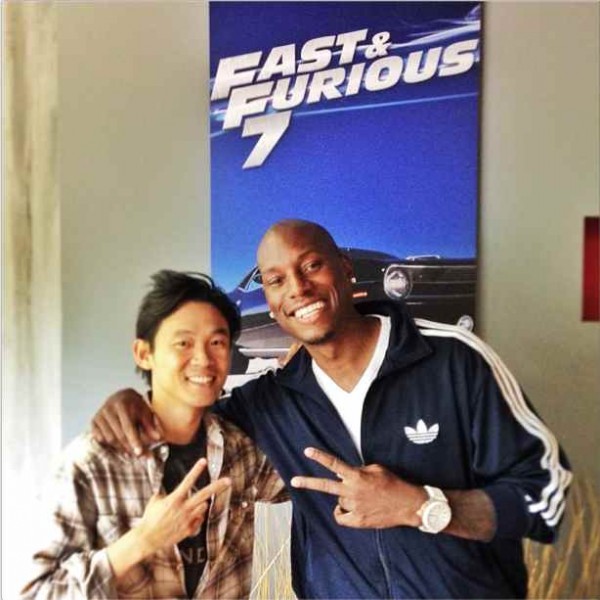 Speaking of Twitter reveals, Fast & Furious 7 director James Wan sent out the above image of himself and actor Tyrese Gibson in front of the first look at the film’s promo poster. It seems safe to assume that Tyrese will return for his fourth outing as Roman Pearce.

Deadline reports that Lionsgate picked up a new military-centric screenplay by Matt Johnson (Tracers, Torque). The story is described as “an action movie centering around a group of U.S. Marines who start a high-stakes business venture when they return home from Afghanistan.” Sounds thrilling.

If she had her way, Lucy Lawless would like to return as Xena with her pals Gabrielle and Joxer, pass the torch to a new crew and then move on as a way to return the franchise to its fans. She said as much to Blastr. [via The Mary Sue]

A Good Day To Die Hard director John Moore will direct a film based on Will Scully’s Once A Pilgrim now called The Englishman. The screenplay by William Wisher (Terminator 2, The 13th Warrior) finds an SAS member turned mercenary caught in Africa during a coup where he helps defend a hotel full of people against the invading rebels. [via Collider]