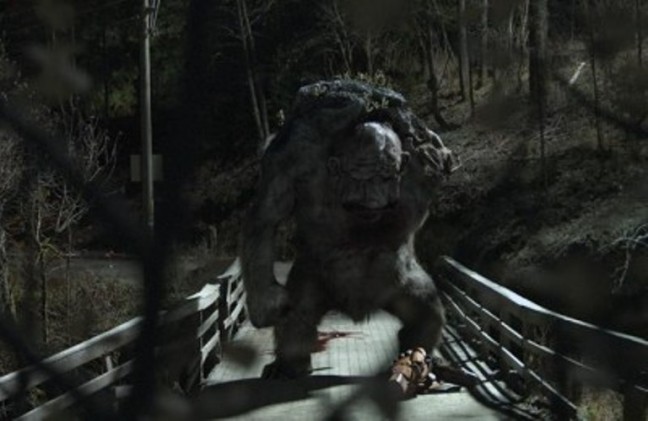 Neil Marshall, the director behind ridiculously awesome movies like Centurion, Doomsday and Dog Soldiers, is going to remake the Norwegian flick Troll Hunter. We’ve only heard good things about the original, but haven’t seen it for ourselves yet. Still, this seems like a good fit. [via Deadline] 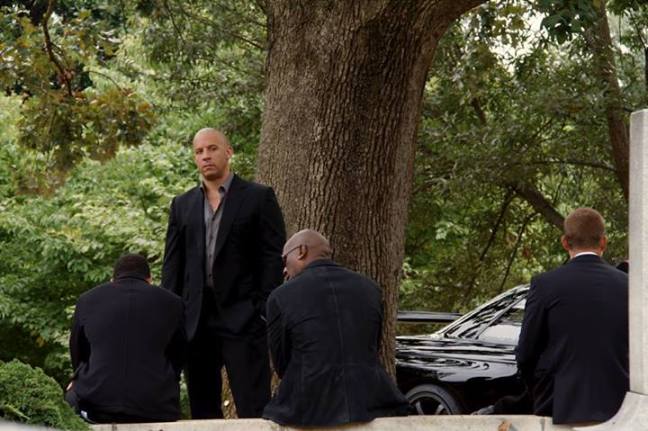 Vin Diesel’s at it again, posting a new image from James Wan’s Fast & Furious 7. Looks like the gang’s at a funeral. [via Facebook]

Sounds like the reports of Jerry Bruckheimer’s professional demise at Disney weren’t greatly exaggerated. The House of Mouse decided not to renew its first look deal with the super producer in the wake of the bomb known as The Lone Ranger. [via Deadline] 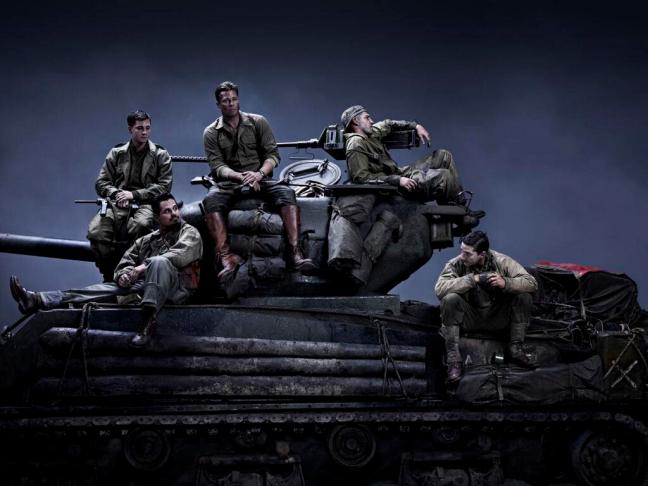 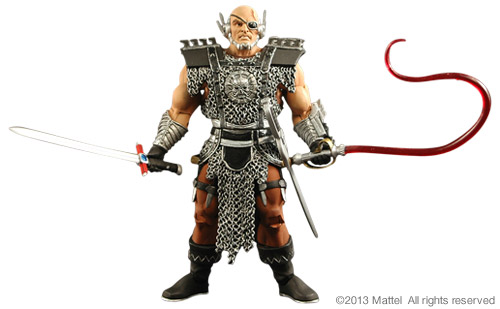 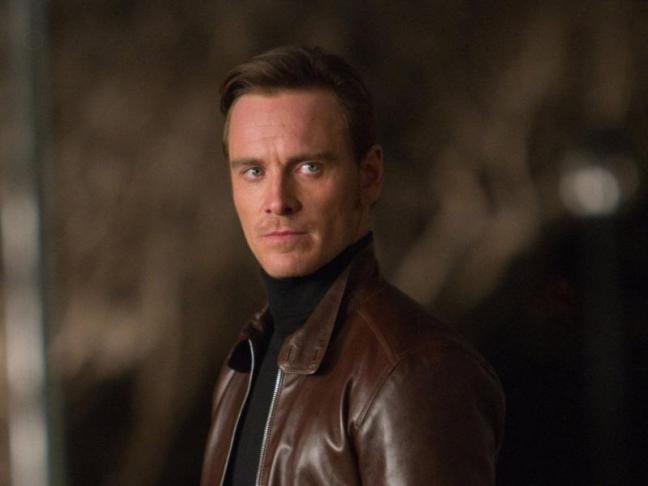 New director John Maclean enticed Michael Fassbender (X-Men: First Class, Prometheus), Ben Mendelsohn (Killer Elite, The Place Beyond the Pines) and Kodi Smit-McPhee (The Road, Dawn Of The Planet Of The Apes) to ride along with his Western Slow West. [via Collider]

Y: The Last Man screenwriters Matthew Federman and Stephen Scaia have been recruited to write a film based on the Ubisoft video game series Ghost Recon, a game developed by Tom Clancy. [via Variety] 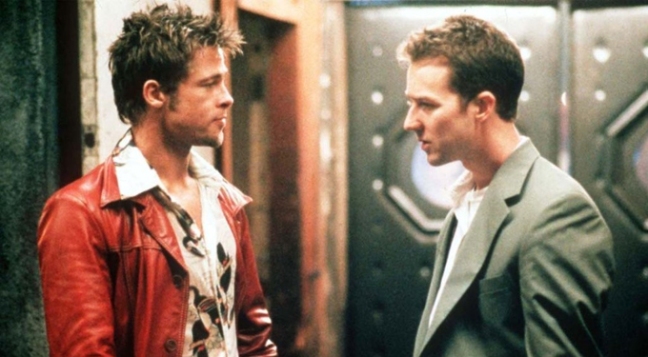 Cinemark theaters will be showing David Fincher’s Fight Club in their movie houses on September 22nd and 25th as part of their Classic Series. Check the site for show times in an area near you. 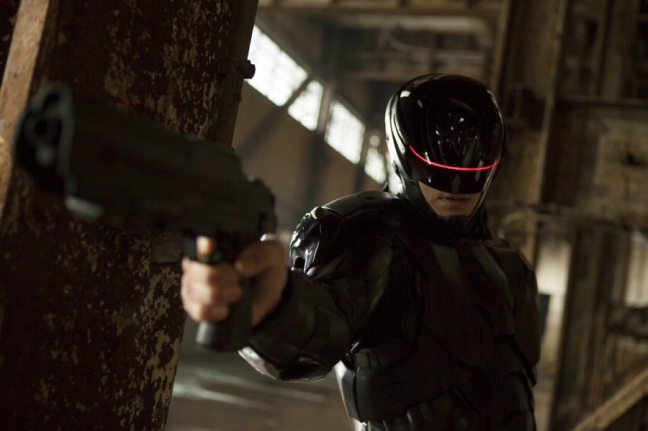 Last week we showed you the trailer for Jose Padilha’s RoboCop. According to THR, it’s the most watched trailer for the second week in a row. Meanwhile, another THR story announced that the film will hit IMAX theaters when it opens on February 7th. 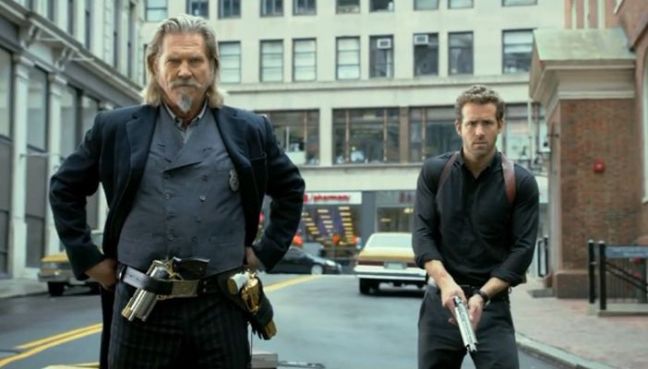 Finally, Jeff Bridges opened up a bit about the failure of R.I.P.D., one of Universal’s few flops in recent memory. “I had such a great time working on that movie,” Bridges said. “I remember what we were doing. I thought: This could be fun to see. And when I saw it, I was a little underwhelmed. For my mind, the studio made some, uh, choices that I wouldn’t have made.” [via GQ] 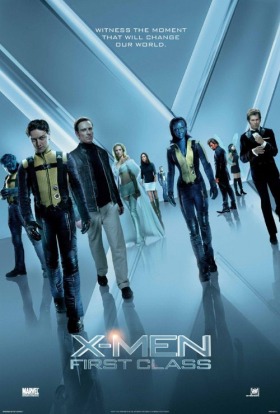 Like a lot of folks–especially comic fans of the 90s and 00s–I loved the first two X-Men flicks, but got soured by both the negative reactions to X-Men: The Last Stand and X-Men Origins: Wolverine as well as the films themselves. Bryan Singer’s X-Men and X2 were revelatory in that they not only took one of the most continuity heavy and confusing groups of characters in all of comics and made them so easy my parents could understand, but also made really great, fun, dynamic and seri0us-when-they-needed-to-be flicks that everyone could enjoy. Those other movies? Not so much. (I remember very little about Last Stand, to be honest and only bits and pieces of Wolverine which I just watched in the past year.)

So, like a lot of folks, I was wary about First Class when I heard about it. Did I need or want another X-Men movie? The original plan was to completely focus on Magneto just like they did with Wolverine, but in moving away from that they did something that only Captain America has done in the world of comic book movies: set the characters in the time period their comic book counterparts were created (or facsimiles of them in the case of X-Men). Not only do I just generally appreciate the early 60s as a time period, but it’s fun to see the world the ever more up-to-date comic book characters set back in a different era. Plus, 1962 means some of the best, sexiest fashion for women, so who’s going to complain about that?

So, as you probably know, First Class follows the exploits of a young Charles Xavier and his growing friendship with Magneto. In the process of meeting and joining forces to take on the looming threat of Sebastian Shaw, they not only develop a strong friendship with one another, but also track down other mutants and form a team consisting of Beast, Angel (a girl with butterfly wings who spits fire, not Warren Worthington III), Mystique, Darwin, Havok and Banshee along with CIA agent Moira MacTaggert. It’s an odd grouping for sure, especially if you’re familiar with the comics. I have a very basic knowledge of the X-Men that comes from just knowing and reading about comics for so many years, a few brief stints as a regular reader, conversations with friends and absorption of most of the video games, cartoons and movies based on the franchise. Even still, I had some trouble reconciling who the characters in the film were and how the differed from the ones in the comics.

But, you know what? None of that matters. The few thousand people who read comics really don’t stack up to the overall movie-going audience. My wife, who has seen the movies and read some if not all of Joss Whedon’s Astonishing X-Men knew the basics and had a few questions, some of which I couldn’t answer. Who is Sebastian Shaw? No idea, but in this world, he’s a very evil man with energy powers. Nuff said.

So, the good guys and bad guys eventually come together and, if you’ve seen the first two movies–they ignored Last Stand and Wolverine when writing this one–wind up where they need to. SPOILERS. Magneto gets his helmet, Charles gets crippled and Mystique switches sides. It’s, overall, a satisfying flick with mostly-good special effects (some of them looked like CGI versions of poorly put together models being tossed about, but I’m fairly certain the budget for this movie was not very high, nor was there a big push behind it until it became a hit).

Yes, I liked the film. Very much, but I have a few lingering SPOILERY problems that you shouldn’t read unless you want major chunks of the movie ruined. You’ve been warned. My biggest problem about a small thing is that Darwin died. His power is to literally adapt to anything that can kill him and he died. That makes no sense. He should have absorbed Shaw’s energy ball and been messed up, but wound up okay because THAT’S HIS POWER! Heck, they could have killed off that dopey Angel character and had Darwin go bad, that would have been interesting. I’m also not sure why Xavier let Magneto kill Shaw. If you remember, Magneto trashed the room and removed the helmet so Professor X could freeze Shaw’s mind. While frozen he apparently can’t use his power, which is, fine and Magneto gets free. He then awesomely kills Shaw with a coin through the brain all the while Charles is screaming back on the plane. But, if he was so upset, why didn’t Charles unfreeze Shaw? He couldn’t change Magneto because he had that goofy helmet on–which Michael Fassbender pulled it off much better than Kevin Bacon did–but Shaw’s death is basically on Professor X’s hands for allowing it to happen. He could have at least tried to save him, you know? I’m also not sure I can reconcile all the timing with the film. It’s okay for the most part (Wolerine and Mystique are explained, the other main characters haven’t shown up again for the most part), but how is it possible that Prof X saw Storm and Cyclops when using Cerebro? This film is set in 1962 with X-Men presumably taking place in 2000, the year it debuted. So, that means there’s 38 years between the events in both films. Are we supposed to believe that Scott and Ororo are in their 40s in that film? James Marsden was 27 at the time the film came out and Halle Berry was 34. It just doesn’t add up.

There were a few other things that bugged me, but I can’t quite remember them at this point, so I guess they couldn’t have been too bad. At the end of the day, the good far outweighs the bad. Seeing Magneto running around and using his powers as basically an assassin is amazing. I love when superheroes or villains ditch the costumes and use their abilities like this. Ed Brubaker did an interesting bit of this when he wrote Daredevil and sent him to Europe. They also killed it with that Wolverine cameo which had me rolling. For some reason I thought it was hard to see, but that’s definitely not the case. Like I said, the good was better than the bad and maybe some of my problems can be explained away, they’re just questions I had after watching. I’m still left feeling like I had a great time watching a mostly well thought out and executed flick with really interesting actors doing cool things with superpowers, so I’ll chock that up as a win.