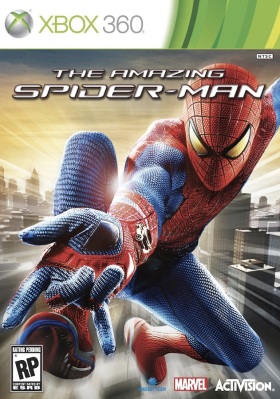 I’m probably starting to sound like a broken record here, but Spider-Man 2 for the PS2 is still one of my all time favorite video games. It did the open world/mission-based thing incredibly well while also offering all kinds of Spidey-based add-on powers and moves to keep things interesting as you swung through NYC, stopping occasionally to kick a criminal’s teeth in. There was a connection to the movie of the same name, of course, but not a huge one, which is great for me because I think the middle of that movie stinks.

As I mentioned when I talked about the trailer for Spider-Man: Shattered Dimensions — which I erroneously referred to as Dark Dimensions for some reason — I really wanted to like Ultimate Spider-Man which took many of its cues from Spidey 2, but also seemed to dumb things down more than I liked. Since then I’ve kind of shied away from the franchise after not hearing great things about games like Friend Or Foe and Web Of Shadows. But, when some of my friends who are far more into video games than I started telling me that Amazing Spider-Man — based on the film reboot I still haven’t seen — might just be the next Spidey 2, I was definitely interested and actually got a copy of the game for Christmas.

And it’s close, but it didn’t really hit all the same notes for me. In fact this game, while a lot of fun and challenging at times, really didn’t seem to offer much in the way of new gameplay experience. I’m far from an unbiased voice in this conversation, but the game itself really just felt like an updated version of a game that’s nearly a decade old. There’s nothing particularly wrong with that, but I was really hoping for something that would take a great game, update it for a new console and also add a lof of new goodness on to it. I mean, the open world style of games have been around for a long time and yet this one didn’t seem to add much to the sandbox.

And yet, I still had fun with the game. I’ve mentioned plenty of times here and there that my daughter Lucy actually really got excited about this game. For a few weeks she liked watching the old 60s Spider-Man cartoon, but then lost interest but still liked the character. She saw me playing Amazing Spidey and really dug it. In fact, one of the reasons it’s taken me so long to finish this game is that I basically stopped playing it when the kid wasn’t awake. Also, not for nothing, but when a toddler is yelling at you to play a game, it can take away some of the fun.

So there was an added level of doing something cool with my daughter that she dug while also going through a game that I liked for the most part. Again, it’s not a bad game by any means, but I was just hoping for more. Even though it didn’t do everything I wanted, I still had a great time web-swinging around a digital New York City, trying to figure out where I’ve been and where I can throw down with some bad guys. I even enjoyed the main storyline which does a cool job of mixing a zombie outbreak story and some crazy big mech robot stuff. That’s all aces in my book.

I’ve already moved on to my next video game which actually happens to be Spider-Man: Shattered Dimensions which is much more of a straight-ahead action game than an open world sandbox. I think I’m getting the hang of it and it’s a lot of fun to mash buttons while kicking bad guy butt and also hopping from timeline to timeline while experiencing one cohesive story. Fun stuff so far. I’ll probably review it when I finish, which might be another five months, we’ll see!