At first I thought the Psycho poster over Roseanne’s right shoulder was an early promo image for Dan Brereton’s rad series The Nocturnals, but it turns out it was actually a three issue mini series that he drew/painted with someone named Hudnall for DC which actually preceded The Nocturnals. Crazy right? Anyway, here’s an image of the poster not taken with a cell phone camera: 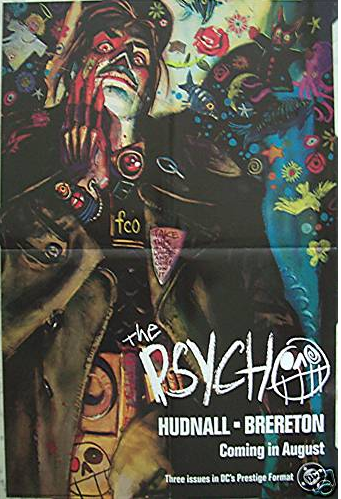 I’m a big fan of Brereton’s. He’s one of the rare artists whose art I wasn’t familiar with until I went to a comic convention as a kid and met him. He did a rad Harley Quinn sketch for me and even suggested I get a second sketchbook to maximize my sketch potential. He was super nice and that spurred me on to check out Nocturnals, Giantkiller and Batman: Thrillkiller. Now I wanna track these issues down and check them out.