Hey gang, I know it’s been a while since I’ve talked about food, but I just had to share these photos with you guys. See, even since I moved out here four years ago, I’ve been seeing this building up on a mountain off of 87. From a distance it looked like some kind of crazy fortress or a club or mansion. Turns out it’s a restaurant called Mt. Fuji. Well, as a thank you for helping some friends move, we were treated to an amazing dinner at Mt. Fuji, which turns out to be a hibachi place (that’s where the chop everything at your table). I’ve been to one or two in my time, but not in a while and it was a great time. Thanks to my new phone I was able to snap some pictures, though I wish I had been video taping the whole thing, it was THAT awesome.

These are the crazy, Japanese style arches you cross through at the ground level before the long drive up the mountain (well, it’s not that long). 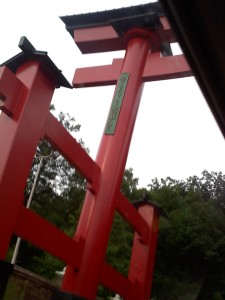 Here’s the front of the place along with Em and her dad from the back. Far as I know it looks pretty authentic. 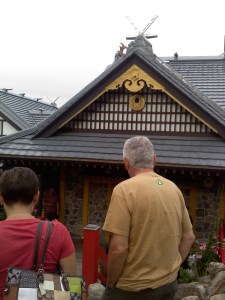 There’s even a cool little waterfall right outside the place. 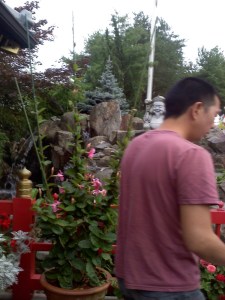 This one’s not really impressive, but I took it looking down on what I think is the direction I was always looking up at this place from. If nothing else, it shows how high up it is. 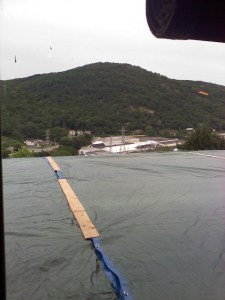 Here’s a crummy picture of the bar that I was trying to take on the sly. We waiting in this great lounge area that I could see spending many an evening given the time and resources. 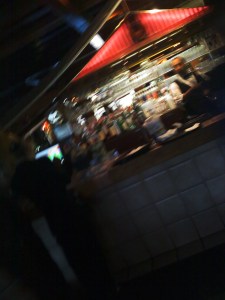 Someone told the folks at the restaurant it was Em’s dad’s birthday so this dragon covered in bells tried to eat his head. Luckily, I jumped up in time to fight him off. No big deal. 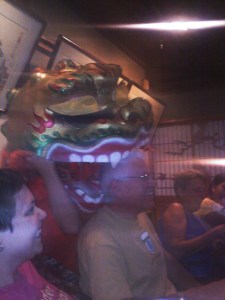 Here’s a better view of the table (the metal part is the cooking surface). We had quite the party. Oh and the green tea martinis were delightful! 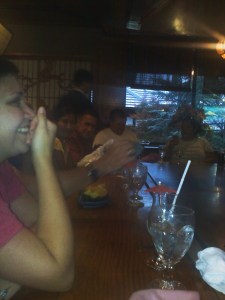 This weird monkey thing was out in the lobby on the way out. As you can see by my Perez Hilton-eque Photoshop work, it had a huge twig and berries. 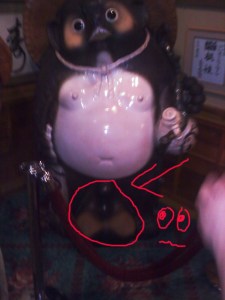 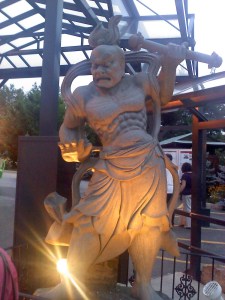 …is in the middle of a dance fight with this one. 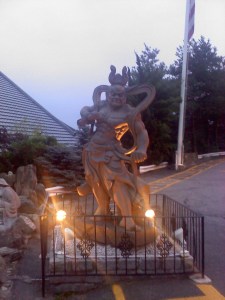 I saw the lamp with the restaurant’s name on it as we were leaving and grabbed one last photo before heading out. A good time was had by all! 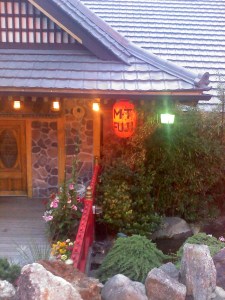