It was quite the busy weekend, wasn’t it? I missed out on Big Apple Con, which was a bummer, but it’s hard to spend money at a show when you don’t have any spare. Rickey did head down and I’m jealous of all the cool stuff he got and pics he took.

io9‘s rundown of the Marvel Animated movies matches up almost perfectly with my own opinions, though I haven’t seen Next Avengers (I intend to) or the Wolverine portion of Hulk Vs. (it’s sitting on my to-watch pile). Iron Man and Dr. Strange were just bad though.

This might be the coolest toy of all time. Head over to Sideshow for all the details on this Hot Toys 13.5-inch $200 behemoth. If either Sideshow or Hot Toys would like a review, I’d gladly do one 🙂

These MiniMates are pretty rad too. Toy News International showed off the Back To The Future Enchantment Under The Sea 2-pack and the third wave of Ghostbusters. I think this might be the first Mate to wield a guitar! 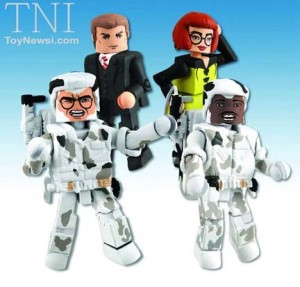 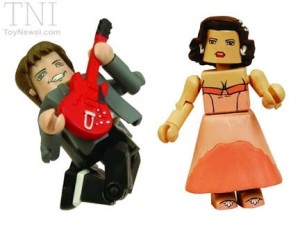