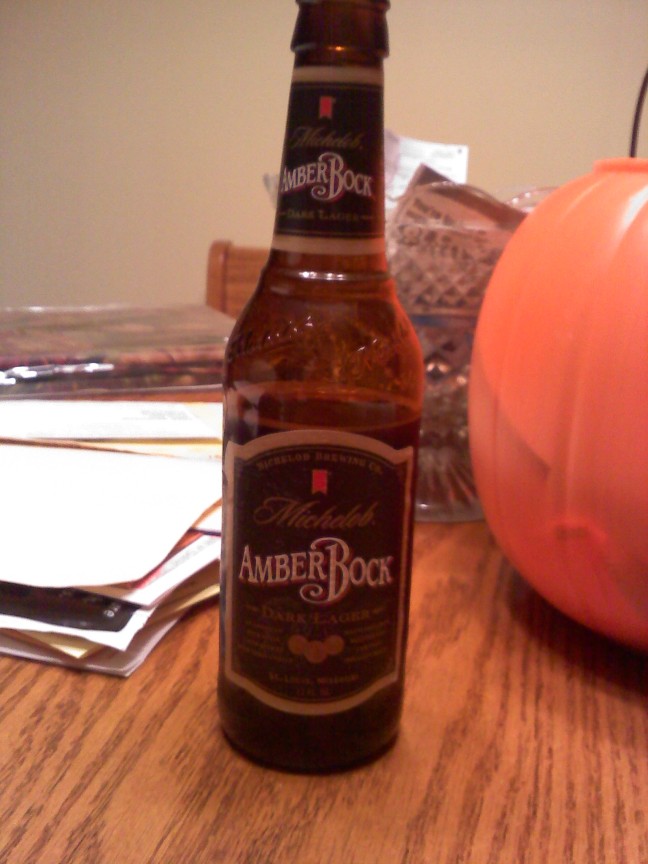 Hey, happy Thanksgiving! If you’re like me you’ll be celebrating with friends and family, watching football and having a good time this Turkey Day. And what better way to do so than with a sampler pack. Well, it might be too late to offer up this advice, but if you’re looking for some really distinct and solid flavors, you might want to look elsewhere than the Michelob Gold Medal Fall Sampler pack. This wasn’t necessarily a bad group of beer, but overall I was struck by how all four beers lack boldness. None of them have much of an aftertaste or a very solid pre-taste. Since I wasn’t gulping these down, I noticed they tasted a little better the more they sat out, but that could have just been a figment of my imagination. 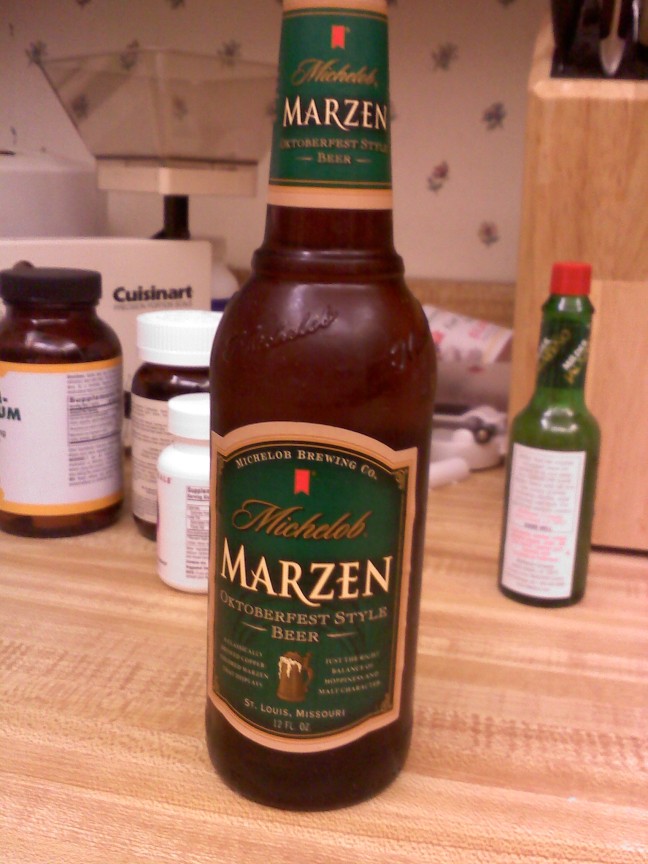 First off, we’ve got the Amber Bock which claims to have a “rich, nutty aroma” and caramel flavors but I didn’t get much of that. Really, the taste is so slight that it’s like you’re just getting a sense of the flavors as they fade away. Not bad, but not spectacular.

Up next we’ve got the Marzen Oktoberfest Style Beer which was probably the boldest flavor in the pack, but still not all that interesting. I guess I don’t really know what an Oktoberfest beer is supposed to take like because I tend to drink Hefeweizen when I’m actually at an Oktoberfest. It’s hard to judge a Marzen because I don’t think I’ve ever had one before. I do like it, though I’m not sure if I would think to buy one out at a bar or restaurant. The flavor’s smooth, leaves a little tingle on my tongue and actually seems to get better with every sip. 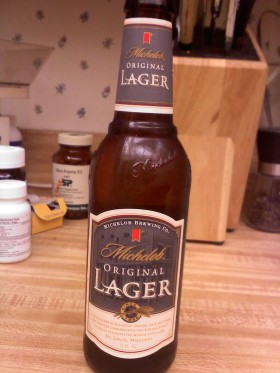 The Original Lager was another entry in the “eh” category. I wonder if my tastes are changing to extremes of the beer world. I can get down with a Coors or Bud Light when the mood strikes me and then with some much stronger flavors, but it feels like the middle of that spectrum is losing my interest. The Original Lager starts off like pretty much every other lager I’ve head, but developed a sweetness after a few sips. Again, this one didn’t make much of an impact and I wouldn’t think to buy this again or order one while out at a bar or restaurant. 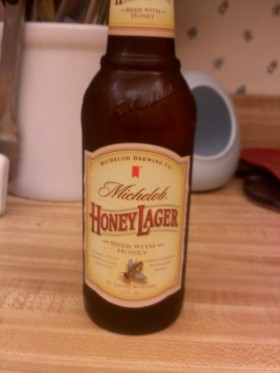 Finally, we end the pack with the Honey Lager which I was looking forward to most because it seemed like it was right up my alley. Instead, the honey flavor didn’t really come through for me. This one also seemed to develop over time, but not enough to make a lasting impression on me.

Overall, I got the impression that this box was put together to try to get regular beer drinkers drinking some different kinds of beers, but without getting too far into the flavors an alienating some folks, which is really too bad because I enjoyed the hell out of Michelob’s summer sampler pack from the summer before last and missed it this season. Heck, these are the guys that make Shock Top which is one of the better new mass produced beers on the market. Hopefully they’ll get their act together next season. Today we’ll be enjoying (I hope) the Sam Adams Winter Classics box along with some others imported from Ohio and possibly New Hampshire thanks to our visiting parents. Happy Thanksgiving, drink up!