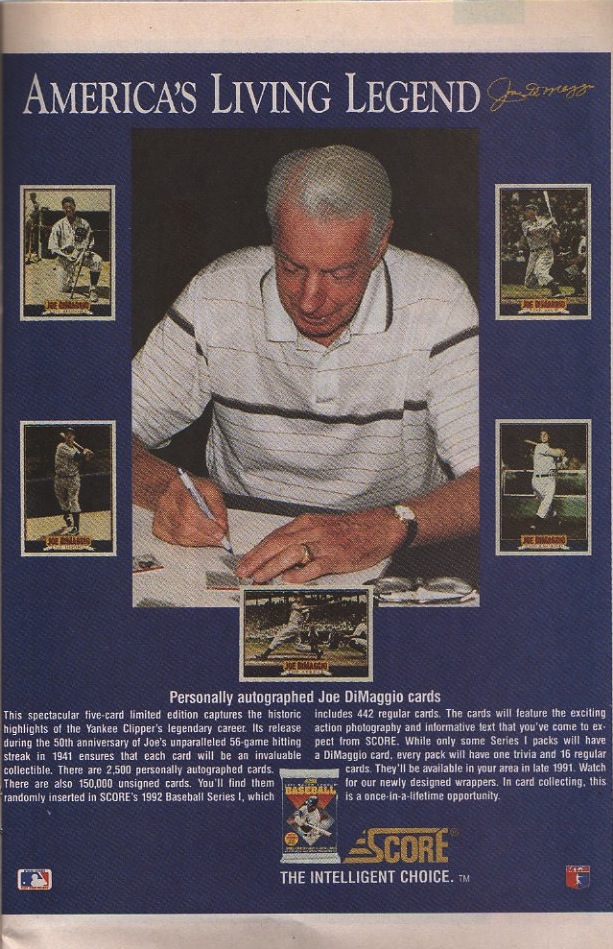 I don’t know about you guys, but I collected sports cards before I got into comics. In fact, reading comics directly resulted in the dropping of cards from my childhood budget. Why would you pay for something you just look at and put in a binder when you can spend a similar amount of money on something you can read over and over again (or look at once and put in a bag and board)? To be honest, I was always more a fan of the cards themselves, the thrill of the hunt and going to card shows than the sports themselves. I wouldn’t get into football until college, so there was quite a gap there where my only sports experiences were going to a few Detroit games with my dad and going to football and basketball games in high school. Anyway, even not being a die hard baseball fan, I know how important Joe DiMaggio was to the game and can not imagine being the one to open a pack of baseball cards in 1992 and seeing his signature. It’d be like getting Willy Wonka’s Golden Ticket, man. (Scanned from Punisher #59, 1992).