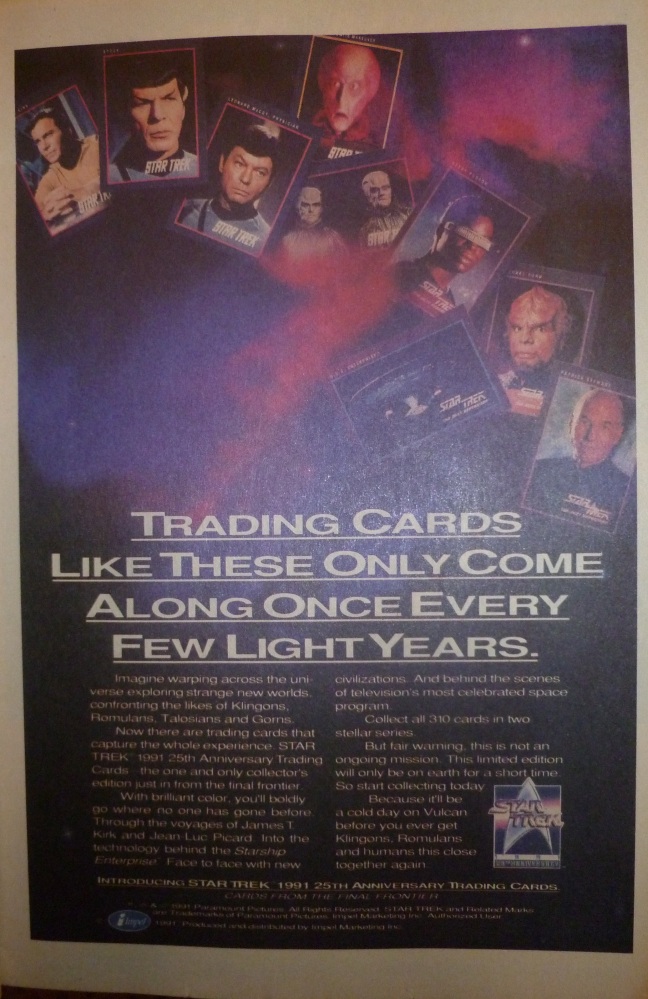 I don’t have a lot to say about this ad, back in 1991 when this ad was printed in the pages of Amazing Spider-Man #351, I was not into Star Trek, though I was still a fan of trading cards. That’s what I started collecting, long before comics, but when these things came along that you could read again and again instead of just look at a few times in a binder, I made the jump completely to comics. I would imagine these were a pretty big deal for Trek fans, though.