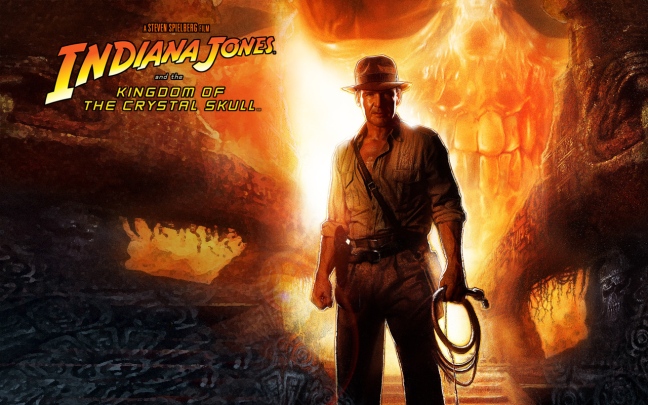 We can’t seem to go a day this week without hearing something about Harrison Ford and that’s fine by us here at Explosions Are Rad. While talking to The Telegraph about his upcoming film Paranoia, Ford, 71, talked about the potential for a fifth Indiana Jones movie.

We’ve seen the character develop and grow over a period of time and it’s perfectly appropriate and okay for him to come back again with a great movie around him where he doesn’t necessarily have to kick as much ass.

To me, what was interesting about the character was that he prevailed, that he had courage, that he had wit, that he had intelligence, that he was frightened and that he still managed to survive. That I can do.

Back when the George Lucas-written, Steven Spielberg-directed Indiana Jones And The Kingdom Of The Crystal Skull was in production the general idea was that Shia LaBeouf’s Mutt Williams would take on more of an action role for the older adventurer (who SPOILER, turned out to his dad). Not exactly beloved by fans, Crystal Skull is considered by many to be a dark spot in a beloved franchise. Spielberg has been very clear in stating over the years since the 2008 release that he’ll do another one with his pal Lucas if and when he has a story that’s good to go.