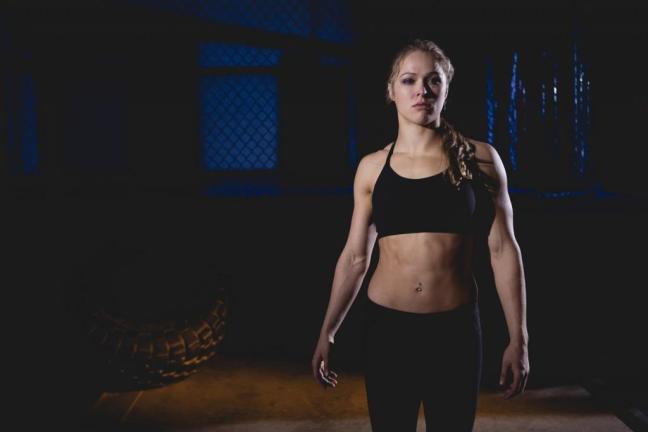 UFC fighter Ronda Rousey’s becoming as popular in the movie world as she is in mixed martial arts. In addition to joining The Expendables 3, Rousey is also likely to appear in Fast & Furious 7, Variety reports. Rousey, also a Judo Bronze Medal winner at the 2008 Olympics, is the first new name added to the franchise’s roster, though regulars like Paul Walker, Vin Diesel and Dwayne Johnson are expected to return.  Rousey follows in the footsteps of fellow MMA fighter-turned-Fast & Furious actress Gina Currano who joined the serious with Fast & Furious 6.

The contracts haven’t been finalized yet, but Rousey’s not the only newcomer to the franchise. Director James Wan is set to replace Justin Lin who helmed the previous four Fast & Furious flicks. Wan’s career has been mainly horror-centric with hits like Saw, Insidious and The Conjuring which is scaring the crap out of people in theaters as we type.

Universal hasn’t released any information about the actual plot of Fast & Furious 7, though it’s expected to return to Cali. At this point, the plan is for Rousey to shoot both films back to back this fall which would still give her the 45 days of straight-ahead training she needs for her next fight in December.