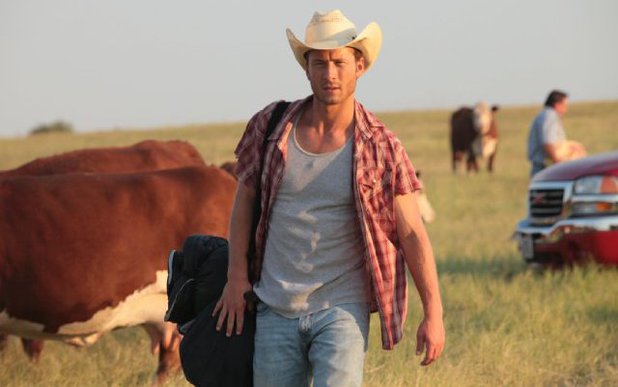 The Expendables 3 is getting some new blood in the form of Glen Powell, Variety reports. Powell played Trader #1 in Christopher Nolan’s The Dark Knight Rises and has a series of films in production like Wind Walkers, Red Wing and The Bad Guys.

The 24-year-old actor is said to play “a pilot, computer hacker and combat veteran” by the site. The Expendables 2 brought in another young guy played by Liam Hemsworth. Anyone who saw that flick saw how that worked out for the character. Will Powell’s character fair better? We’ll see.

Powell joins a pretty incredible cast. Stallone and the usual guys are said to return, but recently actors like Mel Gibson, Antonio Banderas and Harrison Ford have decided to get in on the action. The film directed by Red Hill‘s Patrick Hughes is scheduled to start filming on August 19th with an eye towards an August 15th, 2014 release date.