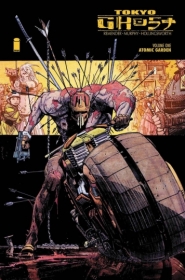 So many trades, so little time so let’s jump right in! A friend of mine suggested I check out Tokyo Ghost, which didn’t take too much pushing because I love Sean Murphy’s artwork in books like The Wake, Punk Rock Jesus and Joe the Barbarian and I’ve always thought that Rick Remender’s stories work better in worlds that he fully creates and that’s exactly what you get with Ghost. END_OF_DOCUMENT_TOKEN_TO_BE_REPLACED 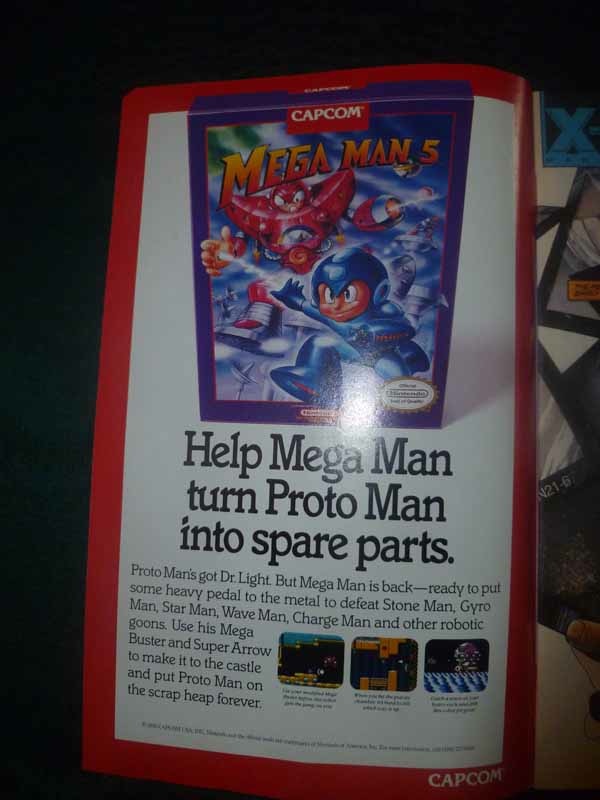 I didn’t actually make it to the fifth installment of the Mega Man series for the old NES. I’m not exactly sure why that was. Did this one come about after I’d already switched over to Sega? Did I lose interest in video games for a little while? Did I just get sick of never being ABLE TO BEAT THOSE FREAKING GAMES?! Whoa, sorry about that, I lost myself for a moment.

My first exposure to the franchise was Mega Man 2. There was actually a rumor among my friends in those pre-internet days that there wasn’t a previous installment. I don’t remember what the logic behind that was supposed to be. When I finally came across the game in a store, I bought it more to prove my friends wrong than to actually enjoy the game. While I loved MM2 and spent a memorable New Year’s Eve of childhood playing with my dad in an attempt to finally defeat the game, the difficulty level of the first and third installments left me a little cold.

Still, I think the basic idea of the franchise is fantastic — a hero who absorbs the powers of his fallen foes — and should be better utilized these days. How were the ad-on powers in this game? Was Rex in it? Maybe I should find one of those old Mega Man compilation discs and give these another whirl.

Well, between traveling for Christmas to New Hampshire, getting a flat tire ten minutes from home and surviving the Snowpocalypse of last night (we got 18-24 inches), I haven’t had a lot of time for blogging. Anyway, I did read a few things here and there and wanted to pass the goodness along. 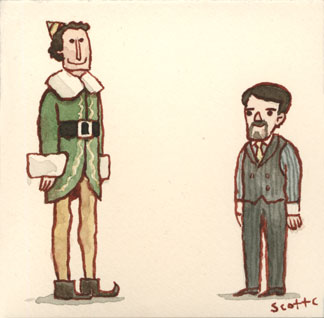 Sure it’s a little late now, but Scott C posted a Showdown from Elf and I just had to link to it. That’s one of my all time favorite Christmas movies and possibly Will Ferrell’s best performance.

Tim Bruckner’s DC Dynamics Joker statue looks amazing, check out some of the shots over on Pop Sculpture.

I don’t think I knew that George Romero and Marvel were working on a project together. Thanks Comic Books Legends Revealed!

Hugh Hefner got engaged again? Wonder if Bridget or Holly are pissed. The missus and I were big fans of Girls Next Door.  (via Esquire)

I really enjoyed Jonathan Hickman’s early issues of Fantastic Four, but fell off the wagon along with a lot of other books a while back. I’ve heard good things about it still, but this whole “killing off a member of the FF and putting it in a polybag” reeks of 90s moneygrubbing. Reed’s already “died” once, right? Ah well, I’m sure I’ll catch up on the trade eventually. (via Robot 6) 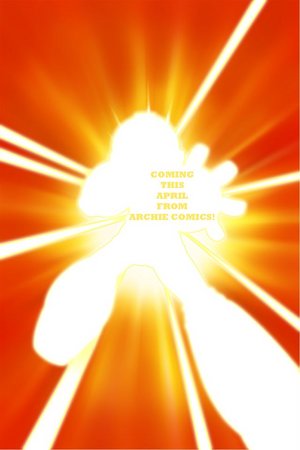 Finally, Archie Comics released this mysterious teaser that lots of places, including Robot 6, think might be a way of announcing a new Mega Man comic. Depending on how they handle this book, it could be either a really good kids comic or an interesting look at a character with a deep, deep mythos just waiting to be explored by a great comic book writer. I’m available for either, even though I’m not technically a comic book writer. Just wanted to throw that out into the internet ether.

Being in the industry I’m in, I get sent a ton of videos from friends and co-workers, but I tend to ignore them. Hey, even I have important things to do sometimes. I’ve also got sites like Topless Robot, /Film and /Gamer in my Google Reader, so I’ve got a pretty steady stream of videos coming in, some of which I pass over, but lately I’ve been checking more out. In the most-likely recurring MyTube section I’ll post a video or two for your viewing enjoyment.

Mad Man’s Jon Hamm as Lex Luthor asking President Obama for bailout money to kill Superman. Mostly based on the Superman movies, which I’m not a fan of, but more on that later, it’s a great watch. It’s from Funny or Die, naturally.

Another video that looks to be originally from Funny or Die that I first saw on /Gamer. This one has Link, Mario and Mega Man from old school NES lip syncing a song called “Put It On a Hook” by a group called The Inhumans. I’m not too crazy about the song, but who doesn’t love a rapping Mega Man?

Put it on a hook – A rap video (featuring mario, link and megaman) by Inhumans – watch more funny videos
Follow on WordPress.com