I caught Jimmy Fallon’s show last night and it was pretty great. Ben Stiller was the first guest and I just had a feeling that after talking about Little Fockers, his parents Jerry Stiller and Anne Maera showed up. And that they did! After the commercial break, they played Charades and the results were hilarious. Enjoy!

The missus saw a few moments of Conan’s monologue tonight and said, “He’s still got the beard? He looks like Santa from Santa Claus Is Coming To Town.” Of course, she was talking about young, thin Santa. I’ll let the pictures talk for themselves. 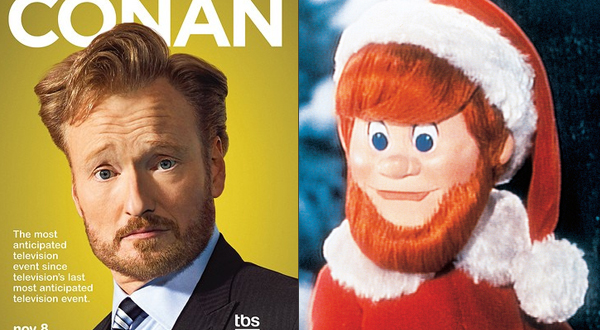 I intended to do one of these yesterday, but it got beyond me, so, first off, a belated Happy Birthday to Neil Gaiman. I can’t believe he’s 50.

The other day’s Drawbridge topic was Conan O’Brien. My favorite has been Bill Alger‘s, but they’re all pretty great.

Speaking of Conan, did anyone see Soundgarden’s performance on his Tuesday episode? First thought? Kim looks old, the bass player looks like a dad. Second though: I didn’t recognize the song, but it seemed like a strange choice. Overly sparse. Cornell can still wail though.

These guys are total goobers, but I hope my kid digs good music. (via I Heart Chaos)

Rest in peace Dino De Laurentiis, few people in this world provided me with more entertainment than you, sir! (via /Film) 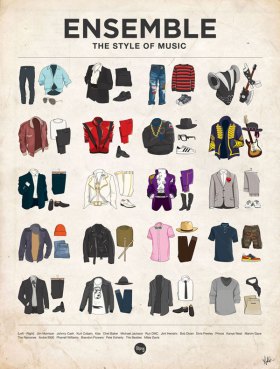 Every Guyed’s Ensemble: The Style of Music graphic is pretty epic. Not sure why Kanye’s suit looks like he stole it from Pee Wee Herman, but what do I know? (via Ffffound)

I don’t care about Spider-Man movies. Well, I didn’t until /Film told me that Zooey Deschanel might play Betty Brant. Her plus Emma Stone? Interest semi-renewed.

I would absolutely vote for Jay-Z as president, governor, senator, comptroller, whatever.

Tom and Lorenzo’s post about this week’s episode of Glee was really interesting to me, especially as it pointed out how one-sided teen mellowdrama can be towards the standard heterosexual standard. It’s a bummer.

I’m psyched to watch The Initiation of Sarah for this month’s Final Girl Film Club, I just have to remember! 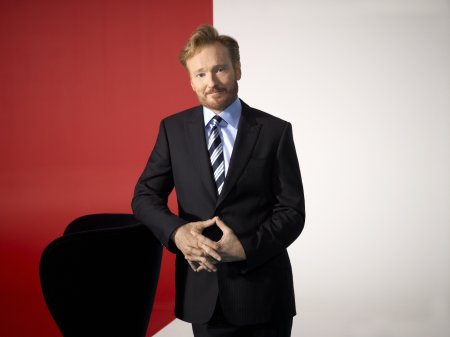 There was something thrilling and joyful about watching the premiere of Conan O’Brien’s new show on TBS aptly titled Conan. Like I mentioned in my post covering his last episode of The Tonight Show, I remember watching the very first episode of his run on The Late Show WAY back when and was pretty disappointed in NBC. I also felt like I had let Conan down a little by not following his exploits as the host of the Tonight Show more, but I was working at the time and, let’s be honest, you only really matter if you’ve got a Nielsen Box when it comes to rating. Anyway, seeing Conan on a rad-looking new stage with Andy Richter and the Jimmy Livino & The Basic Cable Band honestly made my heart happy. Unfortunately, I missed a few chunks of the show including Seth Rogen’s appearance because things got a little crazy with the Steelers game. I also missed all  but the end of his interview with Lea Michelle, but the performance with Jack White and the Basic Cable Band reminded me of how good the record they made was, plus it showed that the man still knows how to have fun and may have brought a little of what he learned and experienced on the road back to his new show. The bits with the moon, Masturbating Bear as lotto ball chooser and Ricky Gervais’ appearance were all great moments. Can’t wait to see what he’s got in store for the rest of the week/year/long as I live.