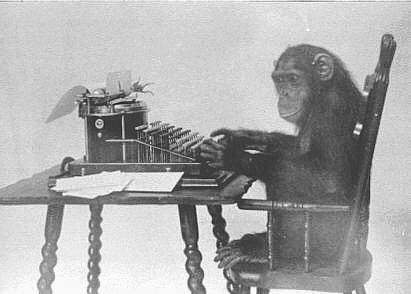 It’s a little late, but this week’s We Like To Watch is up over at Maxim.com. Considering it’s already Friday, there might not be a lot of new info, but you can check out the reruns.

Meanwhile, today’s list over at Topless Robot was written by yours truly. It’s the 5 Best and Worst Animated Comic DVDs. I had fun watching them and writing it and it seems like the regular readers liked it for the most part.

Speaking of animated comic movies, I did a few interviews for Marvel.com with some folks behind the upcoming Planet Hulk DVD, which I’m pretty jazzed about. The first was with writer Greg Johnson and the second was with voice of the Hulk Rick D. Wasserman.

I have also started covering toys and statues for Marvel.com starting with this rad Gambit statue from Sideshow. We’ve got a lot more plans in the works, so keep your eyes peeled.

Anyone got the Photoshop skillz to turn this typewriter into a laptop?