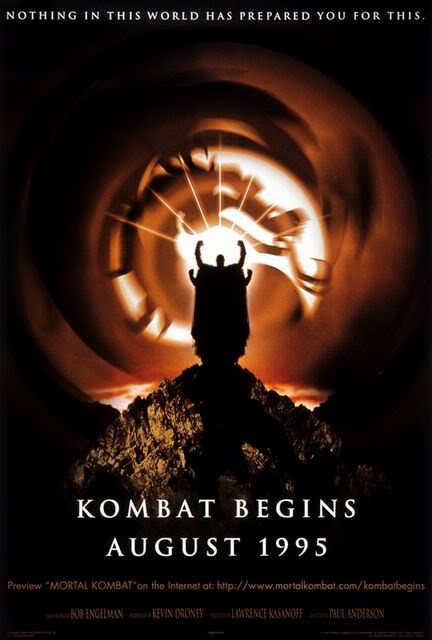 I don’t think anything exemplifies the awesomeness of what it was like to be a kid in the 90s more than Mortal Kombat. In a pre-internet era, this game’s legend grew to a crazy-huge stature just by word of mouth. Very few kids had actually played it, but everyone knew someone who had, usually an older brother or cousin, and it sounded like the coolest, more violent thing in the world. Ah, those were the days.  I specifically remember talking to someone in the hallway of Christ The King grade school in Toledo, Ohio in the fifth, maybe fourth, grade about how you could punch through a dude’s chest and RIP HIS HEART OUT!!! That’s something you didn’t see every day back when Mario and Sonic were the stalwart video game characters of the day. I would go on to play a few of the Mortal Kombat games, but only through rentals and I was never very good at them. I remember the flurry of controversy stemming from these games and thinking the rating system the came as a result was bullshit because now my parents would know which games were violent and which ones weren’t (as a kid you’ve got a natural sixth sense about these things). It’s funny how tame these games seem now. Being a button masher, I’ve always been pretty terrible at fighting games. My brain just doesn’t have the ability to store all kinds of button combos and my thumbs aren’t articulate enough to pull them off even if I could. But, that doesn’t mean I don’t still have a soft spot in my heart for Mortal Kombat.

That’s a longwinded way of getting into something that’s supposed to be a quick review of a movie, but it comes from a place of nostalgia, which is probably why I liked this movie based on the game. I figured I’d be getting a pretty crazy action film when I moved Mortal Kombat to the top of my digital Netflix cue and I was not disappointed. Adding to the fun-ness is the fact that this bad boy was directed by Paul W.S. Anderson, a guy known for making over the top action movies like Alien vs. Predator and the new Death Race movie. Not being a huge student of the MK mythology, it was fun watching this movie and seeing how the different characters from the first two games came into play. Johnny Cage is a movie star, Sonia Blade is a cop who jumps on board the ship that takes everyone to the tournament and Goro’s just Goro. No, the movie’s not a masterpiece and much of the dialogue is delivered hamfistedly, but the action scenes were fun, the sets pretty crazy and the story, overall was fun and easy to follow. Had this not been based on a vague memory from childhood, I don’t think I would have cared as much or had as much fun and I’m sure if I was steeped in the mythos I might be a bit peeved at the changes, so I think this was the perfect movie for someone with my level expertise (ie very little). Plus, I liked tournament movies where the best of the best are brought together to face off, so it’s a good fit. I’d like to see an action/comedy look at this oft-used story frame actually. So, if you’re looking for a fun movie to check out with plenty of punching, air bicycle kicks and the guy from Highlander playing Raiden–and not very well, I might add–give this one a whirl.