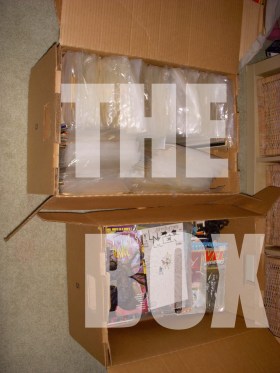 It’s been a while since I went through any comics in The Box, mostly because I put them in storage a few months back and haven’t gone there in a while. I went there this week and started thumbing through the Marvel box and grabbed a few things I wanted to check out: half of the Power Man & Iron Fist run in there and all seven Logan’s Run issues.

Tonight, I’ll be talking about the Logan’s Run issues which Marvel produced throughout 1977 with writing by Gerry Conway, David Kraft and John Warner with art by George Perez and Tom Sutton. The first five issues make up an adaptation of the film, which I checked out last year, while the last two seem to make for an ongoing that got canceled for one reason or another. Perez did the art on the adaptation with Sutton doing the two original pieces and Conway only doing the first issue with Kraft finishing out the adaptation and Warner working with Sutton. 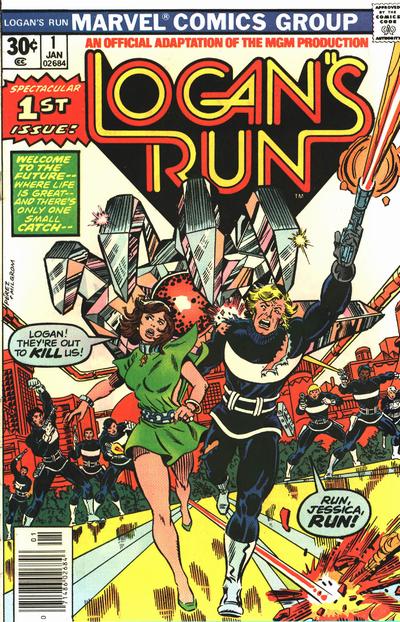 I liked the movie when I watched it, but my memory isn’t crystal clear so I’m not exactly sure how accurate the adaptation is to the movies, but I recognized all of the major story beats: Logan getting his assignment, going to Cathedral, fighting box, getting out, meeting the old guy and returning. It’s enjoyable enough and probably would have been even more if I was either a bigger Logan’s Run fan who could appreciate the subtle differences and extra bits of info not seen in the movie or didn’t remember as much of the movie as I did. The likenesses aren’t great, so that didn’t help, but it definitely felt like I was watching something I had just watched which made it less interesting as a reading experience.

So, it’s not a bad story by any means, just one that wasn’t as interesting because I was familiar with it. The fun, of course, is seeing Perez draw more straight-up action and sci-fi stuff. The inner workings of The City probably looked better in the comics than the movie which used little models in wide shots. It would be great to see this recolored and collected with some cool supplemental materials including why the series got axed and why they couldn’t seem to make up their minds as to whether Logan had gotten four or five years taken off of his life thanks to his secret mission. You know, a director’s commentary of the comic based on a movie. 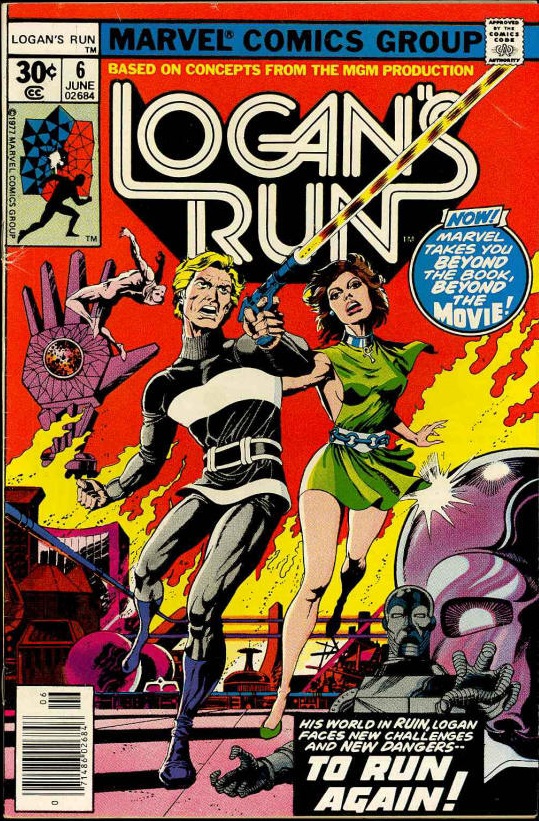 After my general non interest in the first five issues I was pretty excited when the sixth cover boasted “Now! Marvel takes you beyond the book, beyond the movie!” Sounded cool. Logan’s Run is a fun world and SPOILER leaves plenty of story opportunities after the end of the film with the whole population of The City out in the real world which is our world after a war. Maybe we’d see them trying to settle down in the ruins of the Washington Monument or the White House or branching out into other major cities. What does New York City look like?

Instead, we get a direct follow-up with everyone going nuts right outside the city. Had this been a much longer series as probably intended (like Marvel’s Star Wars comics), these two issues would have been a good and necessary beginning that branches out and makes for a fun story that launches into something much bigger. As it stands as a two issue burst, these two are just kind of disappointing, though not bad.

Like a lot of comics from the late 70s (really from the pre-80s) the dialogue is overwritten and doesn’t read like real people talk and the last two issues could have easily been cut down into one. But, hey, it’s pretty clear that there was a plan for this comic that got cut short. Who knows what could have been?