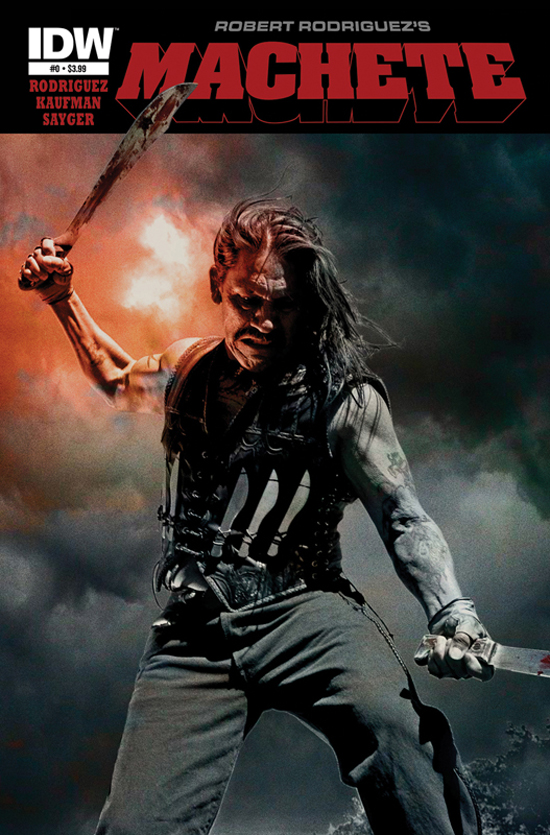 Robot 6 reported today that IDW will be producing a comic based on Robert Rodriguez’s upcoming Machete movie starring Danny Trejo (who talked about the movie back in 2007 when I interviewed him for Wizard). As you probably know, the movie first saw life during Grindhouse when Rodriguez created what most people call a fake trailer. It looked pretty rad and the movie’s got a solid cast, so I’ve got faith it will be rad.

But, I’m not sure what to think about the comic. IDW puts out pretty much only licensed comics at this point, with varying degrees of quality. Putting Rodriguez’s name on the book doesn’t really mean anything, though I do think he would be great working on comics. He could be on the book like Joss Whedon works on Buffy Season 8 or it could be how Whedon worked on the Angel comic. Even if the story is just based on story notes from the director, it could be good, I guess. We’ll have to wait and see.

3 thoughts on “News Of The Day: Machete Comic”