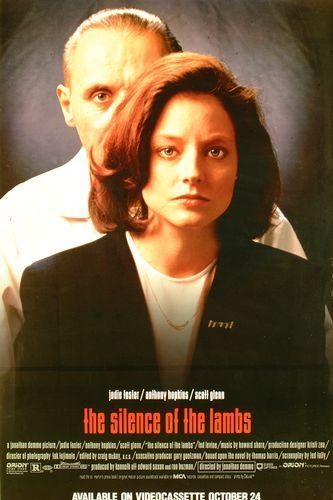 After having just watched the movie for the first time in a good long while, I’m going to have to go with no. Silence Of The Lambs feels like going back and rewatching a movie that scared the shit out of you when you were a kid and not being particularly moved when watching it at 27.

Now, listen, I’m not saying Silence Of The Lambs is a bad movie. That’s not the point of this post. I think it rightfully deserved the big five Academy Awards it won and I will say that the scene towards the end with the night vision goggles is still pretty intense, but overall, I don’t think the movie is as frightening as it used to be. When I was in high school and saw the movie for the first time at my friend Charlie’s house, I was FREAKED OUT. Maybe I hadn’t seen that many horror movies by that point and didn’t have much to compare it too, or maybe it’s the kind of movie that’s only really scary the first time around unlike, say, my three favorite horror movies Jaws, Halloween and Texas Chainsaw Massacre, but something felt missing this time around.

One reason I don’t think the film is particularly effective at being scary upon later viewings is that nothing seems as scary the second/third/seventh time around. I remember the storage unit scene leaving me tingling and the much-parodied “It puts the lotion on its skin or else it gets the hose again,” doesn’t really carry the same weight anymore. This could be the result of too much parody or the fact that the movie only works as a scare the first time through. Maybe my mind magnified these events to such insanely crazy heights so many years ago that it can’t possibly compare nowadays, but I can’t say the same about Jaws (the head popping out gets me every time), Halloween (Michael sitting up still gives me the creeps) and TCM (pretty much everything), which still get me at certain parts. Though I could admit that there’s a fondness for Jaws and Halloween that makes me want to get scared by them that isn’t there for Silence Of The Lambs.

Watching the movie this time around I realized that it’s not particularly dynamic as far as scene compositions, blocking and set design. These aren’t things I tend to notice, but I really did tonight. The movie begins with a ton of scenes featuring dead-on looks at characters looking at the camera. There’s a flatness in some–definitely not all–scenes that make it feel less-than at times. I’d have to watch it again with this in mind, but I wonder if the staring-at-the-camera technique is meant to be unnerving? It does feel that way when used in the climax, but just seems weird, clumsy and distracting when done elsewhere. Also, I understand that my blocking/set comment doesn’t hold water when you consider how well the climactic scene is set and blocked, but when chunks of the movie don’t feel right, it kind of puts you out of the experience, which means you aren’t going to get scared as easily, at least that’s the situation I found myself in. 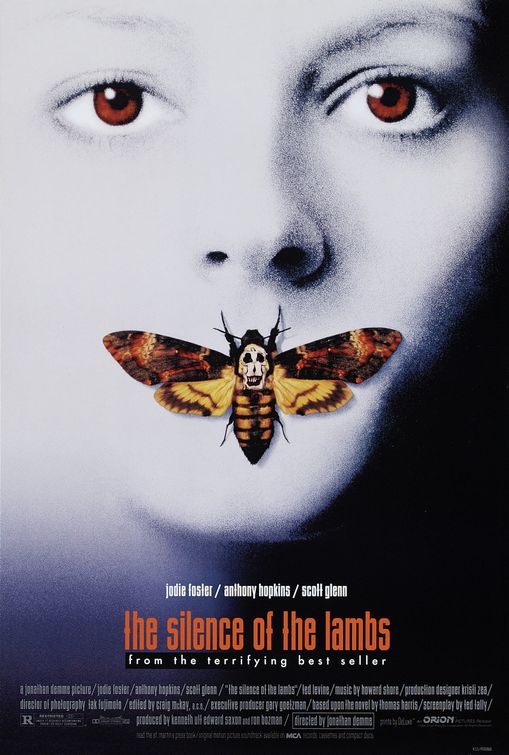 I’ve also got to say that there are some aspects of the story and filming that really bugged me this time around. I hate how Hannibal takes out the cops who are feeding him leading to his escape. I can see getting the cuffs on the one, but smashing the other in the door? Come on. These guys are supposed to be highly alert BECAUSE THEY’RE DEALING WITH A CRAZY CANNIBAL and the second guy lets himself get distracted. I’ve never had police training, but I’ll tell you what, you put me in a room with anyone dangerous and I’m not taking my eyes off of them. Plus, do they have to be so obvious about Hannibal swiping Chilton’s pen? The focus on the pen in the cell, Chilton mentioning the pen and then Hannibal regurgitating and palming it. I wish one of those elements was removed just to add a little more suspense. Even if you hadn’t seen the movie already, it seems like an obvious tell as to what might happen.

Also, when you know it’s coming the mangina isn’t nearly as disturbing. In fact, it’s kind of funny.

The last 20 minutes of this flick are still fantastically intense. You think they’ve got him (well, not if you’ve seen the movie), but then it turns out that Clarice is at Buffalo Bill’s house while the FBI agents go to the wrong house. Of course, this puts her back-up pretty far away from her as she enters the lion-in-lamb’s-clothes’ den. She gets what’s going on well after we do, but luckily it’s not too late, leading to her trip through the catacombs that, like I mentioned before, is a fantastic romp. I will say the moment where Buffalo Bill reaches out in the darkness and she has no idea he’s there, is still creepy, so that’s one!

For what it’s worth, I have read the book, but it was back in high school and I don’t remember the particulars too well, though I would go on to read Hannibal as well and thoroughly enjoyed it. I saw the movie adaptation of that as well as the one for Red Dragon though I didn’t read that book and enjoyed both of them then, but I wonder what I’d think now. Again, and I can’t state this enough, I don’t dislike the movie, I’m just not holding it up on the pedestal I once did and see some of the flaws or, if not flaws, elements that I don’t like as much this time around. Or maybe the problems with my TV have just made me too cranky to be scared by anything.