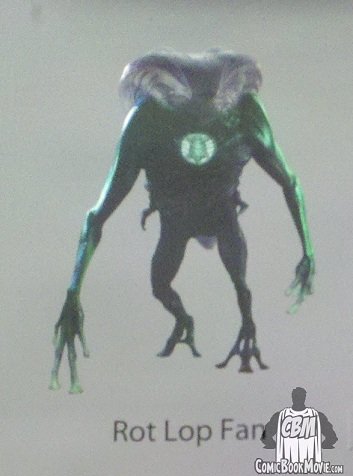 I haven’t talked about it on the blog much, but I am a huge Green Lantern fan. I started reading the book back when Hal went crazy and have followed Kyle’s adventures ever since. Back then I always loved the concept of the Corps and space cops in general and wanted that concept to return much more than Hal Jordan. Anyway, one of my favorite GL stories of all time can be found in my favorite trade of all time DC Universe: The Stories Of Alan Moore (get that version instead of Across The Universe because DCU has Whatever Happened To The Man Of Tomorrow and Killing Joke!). A GL gets sent into a part of space where there’s no light, which means the idea of a Green Lantern holds no meaning. She meets an alien named Rot Lop Fan who becomes that sector’s F Sharp Bell. It’s a little story but it’s just so brilliant. Rot’s shown up a few times in background cameos though I don’t think he’s ever been directly referenced since then aside from Secret Files entries. 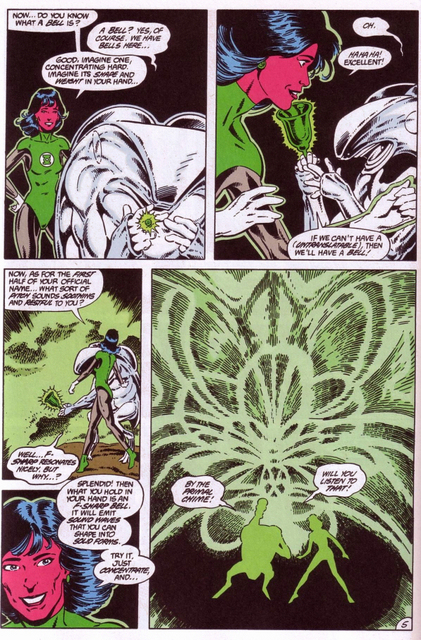 Until now. ComicBookMovie.com has images of Rot along with six other Lanterns that may or may not appear in the upcoming movie. My guess is that he won’t play an important part in the story, but will be in some big group shots (think Galactic Senate but hopefully less boring). Considering that Geoff Johns has had a hand in the movie-making process and considering how well he mined Moore’s other short Green Lantern stories for the past few years, I would guess this is a bit of a tribute to the Snake god-loving British writer. Or just to me. Either way’s cool. They even gave him the F Sharp Bell symbol instead of the GL one. Nerdgasm!!!! This really makes me want to kick start my GL sketchbook again with a rot Lop Fan!

One thought on “News Of The Day: F Sharp Bell In Green Lantern Movie?!!!”