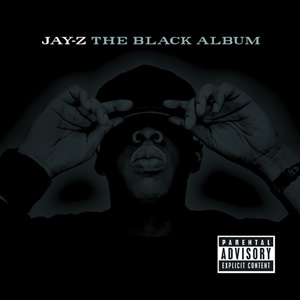 Back in 2003, I fell in love with Jay-Z’s music. Three of my friends from high school got a house together in Toledo that I would hang out at a lot when I wasn’t at school. One of those dudes, Toth, worked at the radio station and had piles of CDs in his room. I borrowed a few discs from the piles, one of which was Jay-Z’s then recently released Black Album and my mind was blown. I listened to it a lot on my trips to and from everywhere, but eventually I gave it back. I didn’t actually buy the record for myself until a little while later, but it stuck with me. This album was supposed to be Jay’s swan song, his last record and even though I figured he’d be back, I wondered who would fill the void with him gone. There would be lots of attempts, but no one has captured my attention like Jay, though I understand that I might not be the target audience of current hip hop and rap considering I’m a 27 year old white dude.

That 2003 near-obsession with the Black Album wasn’t my first interaction with Jay-Z. Like anyone else my age, I’d known his music since he blew up, but especially in college when “Izzo (H.O.V.A.)” sort of became my theme song. For some reason, my roommate Hatem started singing the lyrics to that song using my last name; “D to the izzo, ietsch [pronounced “eech”] to the izzay.” For the rest of my college career I’d hear that song and put his lyrics to it. Why fight it, right?

Since then, I’ve gone on to pick up four of his eleven records, mostly thanks to flea markets and yard sales. I’ve got The Blueprint, Volume 2…Hard Knock Life, The Black Album and The Blueprint 3 which not only held special significance for me but was also one of my favorite albums of last year. What I dig about Jay-Z’s records is a combination of things. The flow of his rhymes is amazing. The man can put some phrases together, to say the least. He also works with the best producers who invent some sick beats for him. You’ve got guys like Kanye West (back when he wasn’t just that annoying guy), Swizz Beatz, The Neptunes and tons of others. The various producers give his albums a variety and scope that some other records don’t have. Finally, dude’s got swagger. No matter what you think of his records or his music, you can’t deny that the guy knows how to carry himself. Just like he says in plenty of his songs like “Empire State of Mind” Jay-Z has a lot of the outward qualities that draw me to Frank Sinatra. 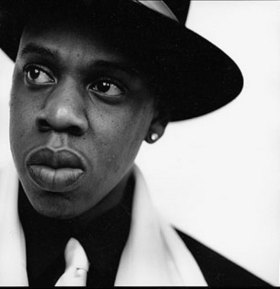 I dig that the guy has grown up and has started dressing like he has. You don’t see a lot of this in pop music, rap or otherwise, but I like how he’s grown into an elder statesmen role without completely giving up the game. I’d like to think when I get older, I’ll have enough scratch to class the ol’ wardrobe up. I guess it’s a little weird to like a musician for what he wears, but maybe it’s because I’m getting older and have found a new Sinatra to be a fan of.