Just when I had made peace with not really keeping up on current comics, DC announces that they’re bringing Doomsday back in Steel #1 then continuing the story in (snicker) Outsiders #37, JLoA #55, Superboy #6 and then a mystery issue(s). Those aren’t exactly the most exciting books DC puts out, so we’ll see how this works. 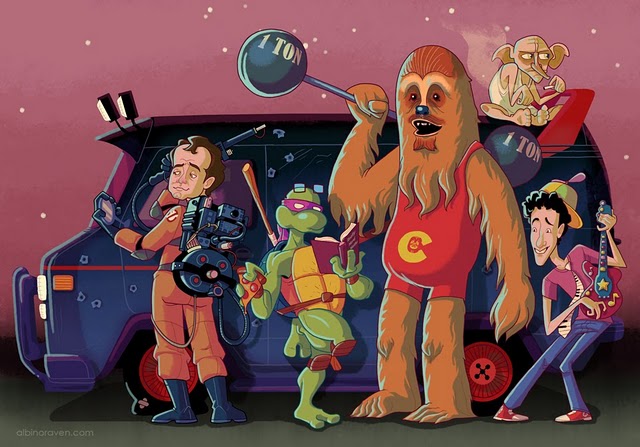 I saw this piece called The Whole Gang over on The Autumn Society, it’s so rad I immediately turned it into my wallpaper.

I feel pretty much the same way that Robot 6‘s Tom Bondurant (aka Grumpy Old Fan) does about the Legion, though he’s read way more of their books than I have. Even being a dyed in the wool comics fan used to crazy continuity, I find them as difficult a team to unpack as the X-Men.

I haven’t seen the Wolverine movie yet because it sounds kind of terrible, but I’m really excited about Darren Aranofsky’s upcoming flick he’s calling The Wolverine which will according to /Film will not be a sequel, just a one-off, and involve lots of ninjas. Was that so hard to do the first time around? 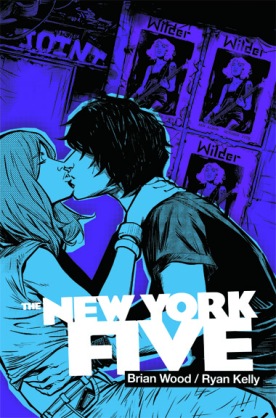 Brian Wood and Ryan Kelly’s New York Four from DC’s now-dead Minx imprint came out of nowhere and really surprised me. I don’t know anything about it aside from seeing the cover image on Vertigo’s Graphic Content blog.

Esquire‘s list of the most popular Christmas gifts ever is pretty interesting, but I wish they’d gone the extra mile to get period-accurate photos for entries like Barbie and Transformers. 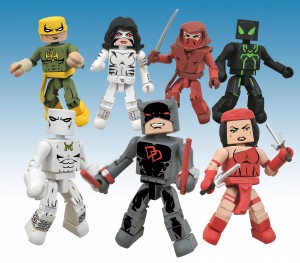 I didn’t read Shadowland, but Diamond Select‘s MiniMates based on the series look pretty rad. You’ve got Iron Fist, current and classic White Tiger, a Hand Ninja, Elektra, black costume Daredevil and apparently Spider-Man. Anyone know the deal with the green costume?

Whitney Matheson posted the second part of her interview with Edgar Wright, it’s interesting stuff, especially him not wanting to go back and do a sequel to one of his previous movies because it takes 3 years for him to make  film and he’s got lots of ideas. Also, no new info on the Ant Man movie.

For whatever it’s worth, I’m going to continue avoiding Green Lantern footage until the movie is more done.