NOTE: As you can tell pretty early in the following, I first wrote this back in early October before the announcement of DC’s Weird Worlds anthology, which I address at the end of the column.

Why do modern day anthologies seem destined to fail? There haven’t even been that many attempts from the big two that I can think of outside of the House of Ideas’ last try at Marvel Comics Presents. I got to thinking about this after picking up Midnight Sons Unlimited #2 at the Big Apple Con this weekend and having a conversation about those kinds of comics with my buddy Jesse. We both love the idea of anthology comics, but are bummed that there aren’t that many around and when there are, they tend not to be super interesting. Odds are with any presentation of multiple stories, everyone won’t like everything, but that will hopefully be a matter of taste instead of quality (of course, this is all subjective, but you get the idea).

After talking it out, I realized that I had a pretty good strategy for a really great anthology and then decided to share it with the internet, even though no one asked me and I don’t exactly have the ears (or eyes) of the comic industry. Anyway, what the hell, right?

First and foremost, I’d put a big creative team on the main story. Or make it important for continuity’s sake. Or tie it in to whatever big event is going on. Even though it wasn’t a multi-story anthology, I’m thinking of the JSA Classified strategy from when that book first launched in the midst of Infinite Crisis. The first four issues told the origin of Power Girl who was playing a big part in that mega event. Written by Geoff Johns and Amanda Conner, the comic was a huge hit because there was a big mystery and top talent telling it. I know the big creative guns have a lot going on, but telling a story in 8-10 page clips doesn’t seem like it would be that huge of a burden. It might even be a way to get slower artists to have regular work coming out while you’re paying those expensive exclusive deals. Plus, you’d think top level guys have characters they’d like to play around with without jumping into a huge, long run.  Maybe Brian Michael Bendis has a killer Dazzler story he wants to tell or Grant Morrison a Deadman tale. It seemed to work for Wednesday Comics.

For the rest of the 20 or so pages, I’d have a mix of creators from all levels (including new writers and artists cutting their teeth), maybe even pairing big writers with newer artists or vice versa. But aside from talent, the stories need to be good and interesting and hopefully matter. I read a really interesting Tilting At Windmills by Brian Hibbs over on CBR a while back where he posited that the general comic fan wants “to be entertained, for a reasonable price, ‘in continuity’ and in a reasonable amount/frequency.” I agree with his point, which he goes into a lot greater detail if you follow the link. When he says “in continuity” he adds that the book should “matter,” another point I agree with because I often find myself getting bored in the middle of a story and wondering why I’m reading it. Is this just another tale where Batman chases down a murderer who killed parents in front of a child or Spider-Man questions whether he should be a superhero? If I were heading up an anthology at any of the big companies, I’d print this out and put it above my desk as a motto to live by. To paraphrase, make it good, make it interesting, make it matter and make sure it comes out on time. 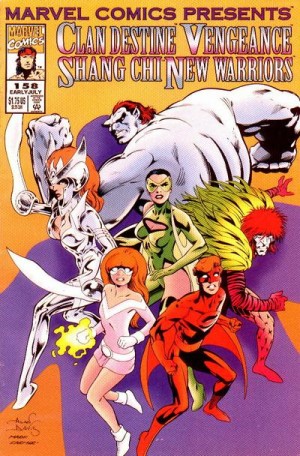 In addition to bringing in new talent in said anthologies I would also make it a top priority to introduce new characters. I love the DC and Marvel Universes, but man can not live on characters created between the 30s and 70s alone. Sure there are some new characters here and there, but instead of mining the Golden and Silver ages for new versions of old characters and losing great new potential characters to other companies (would Invincible be better or worse off in the Marvel or DC Us?), lets add even more to those sandboxes. At a mere 8-10 pages an issue, you’re not risking as much as you are by introducing a brand new character in a brand new comic, but the beauty of these shared worlds is that people have been adding to the party for decades. I know it’s not the 90s anymore where you can debut a new character in his own book or miniseries, but this could not only throw new characters into the mix, but also show people you’re not satisfied to just rehash the same stuff over and over again. New characters can equal new readers if you give them something they’re not getting elsewhere or if you’re giving it to them in a new venue.

Another approach to take with the anthology would be to use it to replace a lot of the clutter in the comics world. One solid Batman Family anthology featuring Red Robin, Gotham City Sirens and any number of other characters old and new might make more sense instead of the glut of Bat books, especially as the comic market seems to finally be feeling the same economic decline as every other industry in the world. The same could be said for the bevy of Thor or Deadpool books. Again, it goes back to Hibbs’ point. Are these stories good and important? If so, excellent, but if they’re a cash grab that isn’t working because people are tapped out on those kinds of stories and strapped for cash, then maybe it won’t work out so well. I get that a lot of these issues are being produced to cash in on any given character’s popularity which often work (or used to), but instead of putting efforts behind a book that might last a year, the anthology could be a cornerstone of that franchise if done well. Plus, from a monetary perspective, think of this: you’ll get three or more trades out of one comic, though you might have to wait longer to get that trade out (at the same time, you won’t have to pay the creators in as large a sum because they’re working on less pages). Tit for tat, I guess. 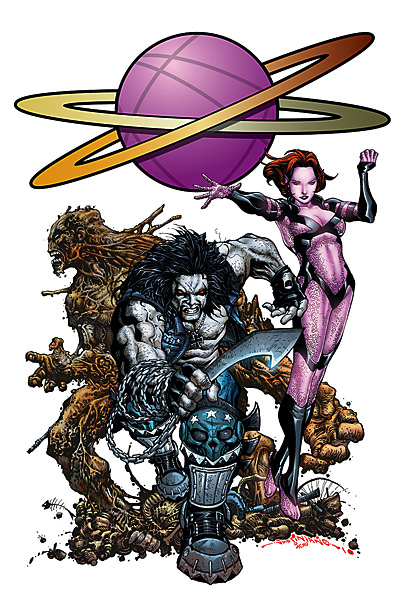 So, that’s all I got. I’m sure I’m overlooking lots of the business aspects of the comics industry that I don’t know or pretend to understand. I’m not an insider, just a guy who likes reading comics, especially good ones. Anthologies like the ones described above would take a lot of wrangling from an editor–I would imagine getting at least three creative teams to get work in on time would be three times as maddening as getting one–but it seems like it would be a good step in the right direction.

UPDATE: Like I mentioned in the opener here, I first wrote this a while back and put it aside for whatever reason. In the meantime, DC announced Weird Worlds which will feature three separate stories, two of which introduce brand new characters named Garbageman and Tanga, the third starring Lobo. With creators like Kevin Maguire, Aaron Lopresti, Jerry Ordway and Kevin Van Hook it looks to have a good mix of bigger names and newer cats. I don’t know if it will tie into any ongoing continuity, but I’ve got high hopes that this quirky book which strangely follows big portions of my formula (new characters, varied creators, etc.) will be highly entertaining. Rad!