Esquire asked Aaron Sorkin and Ted Danson what they’ve learned and I like the results. 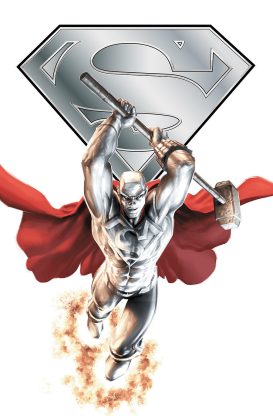 My buddy Sean Collins’ post about Steel, “Reign of Doomsday” and what it says about the industry over on Robot 6 is pretty interesting. It’s cool to see his enthusiasm about Doomsday’s return. I’m excited too, but this won’t be the first return of Doomsday story I’ve read, so I’m leery. The seeming “by committee” writing process doesn’t give me hope.

Man, I wish I had thought to write this list of the nerdiest Dick Miller roles for Topless Robot.

Scott C did a Beetlejuice and Sandworm Showdown, so naturally I’m linking to it.

Wish I had Chiller so I could see Horror Movie A Day‘s Brian on their Chiller 13: The Decade’s Scariest Movie Moments. Congrats to him on being included, that’s pretty awesome.

Gallery1988 and Funny or Die are teaming up to do a stand-up comedian-themed art show. Would that I could be there.

Check out Wired‘s pictures of Indianapolis’ old Bush Stadium which is filled with Cash for Clunkers cars.