If you’re trying to figure out what to watch this week, check out my Maxim column We Like To Watch.

Here’s more stuff I did: a rundown of Hulk‘s different looks over at Marvel.com! I’ve read very few comics starring him, but Mr. Fixit is my personal favorite.

This is from a few days back, but reading E‘s interview with How I Met Your Mother co-creator Carter Bays was very informative and gratifying as a fan of the series. 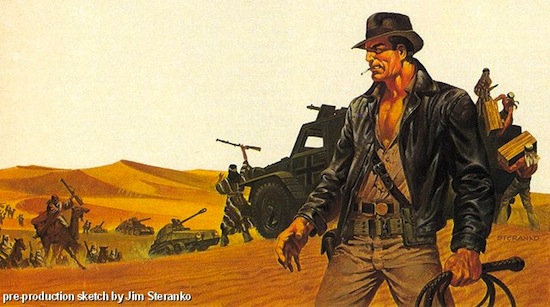 Holy shit, Jim Steranko did concept art for Indiana Jones? Amazing! Thanks to /Film for showing this off.

My buddy Rickey runs down some quarter books he’s picked up. I’ve never seen someone so dedicated to looking at every single cheap comic as him, so expect plenty more posts like this one over at Cool Kids Table.

Wired‘s article about the history of first round draft pick quarterbacks from the past decade or so is pretty interesting. Those guys don’t seem to have a lot of luck, do they?

A period piece TV show about the Playboy Club? Color me interested NBC. (via /Film)

Judd Apatow’s working on a Knocked Up spin off featuring his wife Leslie Mann and Paul Rudd’s characters. I LOVE Knocked Up, so I’m completely in. (also via /Film, those guys write SO MUCH!) 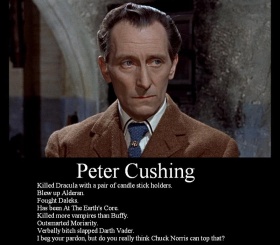 I guess I never connected all the Peter Cushing dots together, but I agree with CBZ over at IHC. Cushing FTW always!