The Kinect for Xbox 360 isn’t the kind of thing I would have bought for myself. But, my lovely wife liked the idea of it and we wound up getting it for Christmas. We played and enjoyed the game that came with it and Dance Central, but the pregnancy kind of deterred her from playing. I could write that it’s not the kind of game I would play on my own, but to be honest, there were a few days where I’d shake my booty before she got home and I had to start making dinner. It’s actually a pretty good way to work up a sweat.

Anyway, I was most interested in seeing how the Kinect would change the way I use the Xbox overall. While I do play my fair share of video games–usually at night after everyone’s gone to sleep–I mostly use the ‘Box as an entertainment center to play Netflix Instant movies and shows. Initially, there was no Netflix capability for the Kinect which was kind of disappointing because I had visions of flipping through my queue like something out of Minority Report. 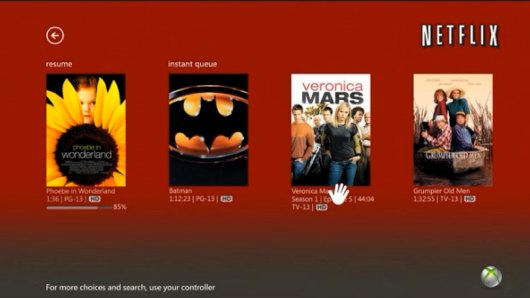 Recently, Netflix got updated and can now be used with the Kinect, but it’s far from perfect. Now that my hands and arms are quite literally full with our darling daughter, I was hoping to be able to wave my hand, take control of the Instant menu, flip through my queue and find something I wanted to watch. Instead, the Kinect-enable Netflix menu shows me things it thinks I want to see and, unless I’m just completely clueless, does not give you access to your actual queue which is annoying. And even if it did, flipping through the list isn’t nearly as smooth as I would like. You’ve got to hold your hand up on an arrow and wait for it to move on to the next four or five selections. Someone get Steven Spielberg on a redesign! 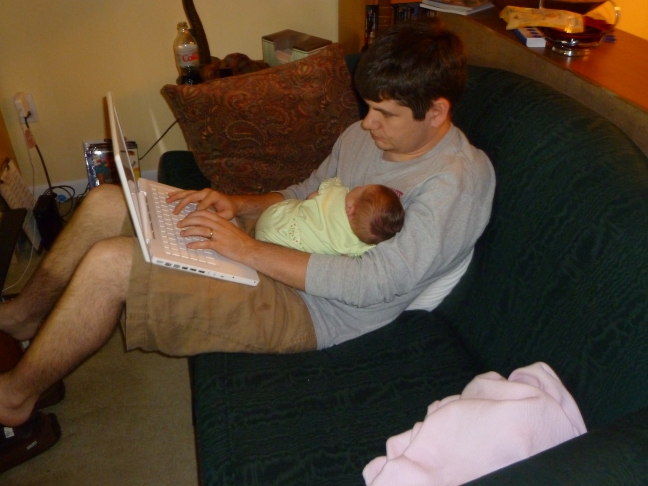 But, it’s not all bad. The Kinect allows for voice commands, which I didn’t even know were available. The missus and I were watching Veronica Mars, one of us said something and we saw a tiny microphone graphic show up on the TV. That’s when I remembered reading somewhere about voice commands. All you’ve got to do is say “Xbox” and then any number of commands and it does what you want. Blammo! Now this is excellent. While I can’t flip through my queue using my dulcet tones, I can tell my Xbox to pause, play, fast forward and whathaveyou, which is incredibly helpful when holding a sleeping baby. The only risk is talking so loudly that you wake the kid up, but thankfully Lucy doesn’t seem to mind.

So, while the Netflix/Kinect combination isn’t quite as good as I would like, it has offered me hands free control of my Netflix account to some extent. I’d like there to be more, either through voice activation or hand waving. Even so, it’s a pretty good trade off for having my TV look like Johnny Number 5’s fatter cousin.