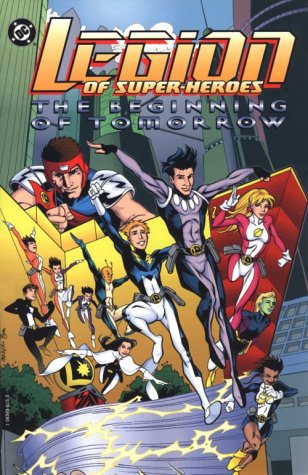 Even though I had a few Legion comics in my collection coming up, it wasn’t a concept that captured my attention. Honestly, if I hadn’t gotten a few issues in a random DC 10- or 12-pack from Toys “R” Us in my youth, I probably wouldn’t have even heard of the book until they eventually crossed over into the regular books I was reading. At the time I wasn’t intimidated by the vast, X-Men like continuity of the franchise because I didn’t know about any of that. They’d just gotten a reboot during Zero Hour which made the Legion surprisingly accessible. Since then I’ve read some comics from the original Legion run, specifically An Eye For An Eye (I’ve got my eye on that new Great Darkness Saga hardcover), really liked Mark Waid’s reboot that lead into Supergirl And The Legion Of Super-Heroes and even kind of sort of enjoyed Geoff Johns bringing back the originals. That was mostly because he was writing them and the amazing Gary Frank was drawing them. Aside from that I didn’t see the point in jumping backwards and making things even more confusing, though I guess that won’t be a problem moving forward with DC’s line-wide relaunch.

What I’m saying is that I’m nowhere near a Legion expert, but I’ve read bits and pieces here and there. And the great thing about this collection is that you don’t have to be. Like I mentioned, this trade features a newly rebooted Legion. The collection shows Cosmic Boy, Saturn Girl and Live Wire (formerly Lightning Lad) meeting for the first time and eventually becoming the first three Legionnaires and the team getting put together. From there, it’s adventure time and, with one exception, I thought they were actually pretty boring.

I’m left feeling very uneven about this book having just finished it. I like how the writers handled such a large cast. I don’t know everything about all of them, but that’s fine, those are things that should be revealed in time. I want to learn more. The problem is that missions they go on felt very familiar, in fact, two of them were basically Alien take-offs, one with an actual slime-spitting alien on an abandoned space ship and another with the kids trying to hunt down a killer on an artificial space station. I’m not much of an Alien fan because I’ve only seen the movie a time or two, but I absolutely despise Alien rip-offs that don’t change much up. 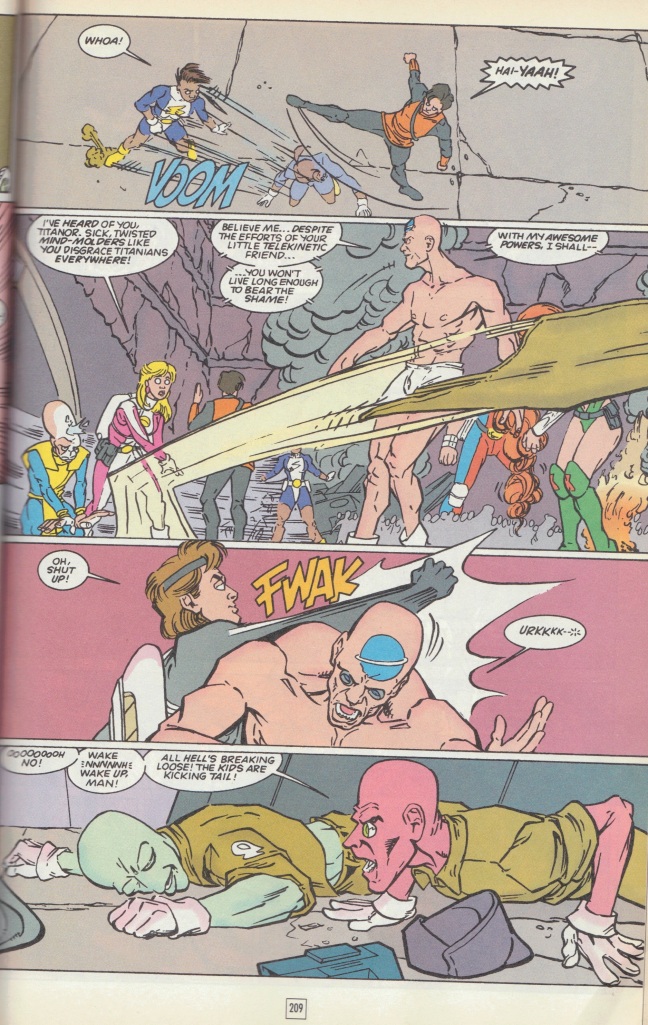 But then, the collection ends with a pretty great story showing the Legion trying to save a prison full of the galaxy’s worst that’s set in the center of a star. The systems are failing and when they do finish off, the whole prison will be destroyed. I haven’t seen this kind of story a million times and the solution wound up being pretty smart, so all that was fun. The problem is that the art in those last three issues gets far too loose for my tastes. I get that the artists involved were trying to replicate the look and feel of a place that’s completely surrounded by a sun, but it just didn’t work for me. The lines were too squiggly and loose for my tastes. It’s kind of like a director throwing in an effect in a movie that has good intentions but winds up distracting from the story.

While The Beginning Of Tomorrow has a lot of good and bad elements within it, the biggest disappointment for me is that DC did not follow this collection up with any more (until the recent Legion Lost book which I also want to read). I assume, like all things, this decision came down to money. Considering that this version of the Legion hasn’t been mentioned in a decade aside from their appearance in Legion Of Three Worlds (a comic I adored as it came out and really want to get back to in the near future) I would assume their run will not be collected in the near future unless that Legion Lost thing sells gangbusters and raises interest. It’s a run that my buddy Ben Morse considers underrated as well as overlooked, so I want more! Maybe I’ll just keep an eye out for them in the cheap boxes. This trade alone probably isn’t enough to earn a spot in my permanent collection, but if it was the first in a series of increasingly improving comics, I’d be keeping it.

Oh, also, one last thing I liked: the writers were really forward-thinking in their tech. Brainiac 5 and some other people in the books were essentially using tablet computers!