Check out this piece I wrote about Carbon Grey Origins for CBR! I also talked to the awesome Blair Butler about her upcoming Image book Heart.

My buddy Alex Segura talked about his upcoming Archie Meets Kiss comic over at CBR.

The news of a possible Beetlejuice sequel that spread all over the internet last week is very intriguing. As with every bit of news like this, I hope for the best, but don’t expect a whole lot. It’s interesting that they’re talking sequel and not remake. (via ComingSoon)

Ulises Farinas did it again with his One Last Night For Justice piece. I want to live in a world where this is a comic.

Top Shelf is having a big sale. I bought some things and so should you!

Rolling Stone did an interesting piece on Mudhoney frontman Mark Arm. They’re one of the bands I discovered because Nirvana namechecked them as an influence and I found one of their records used at Boogie Records. 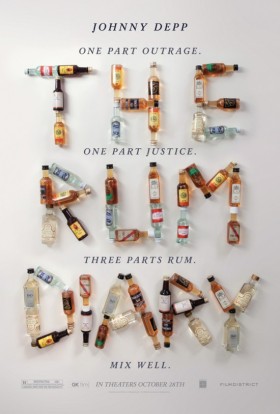 I really liked Hunter S. Thompson’s The Rum Diary when I read it earlier this year. I don’t know about the Johnny Depp movie version, but I do kinda dig this poster. (via /Film)

I just started reading Michael Ruhlman’s site after enjoying him on various No Reservations episodes and now I want to try his recipe for home-made pastrami!

Ruhlman’s also got a brand new book out called Ruhlman’s Twenty that I really want to buy.

In other food book news, HarperCollins imprint Ecco announced that Anthony Bourdain will have his own imprint. This will come as no surprise to anyone who reads this blog or Monkeying Around The Kitchen, but this news is exciting to me. (via New York Observer)