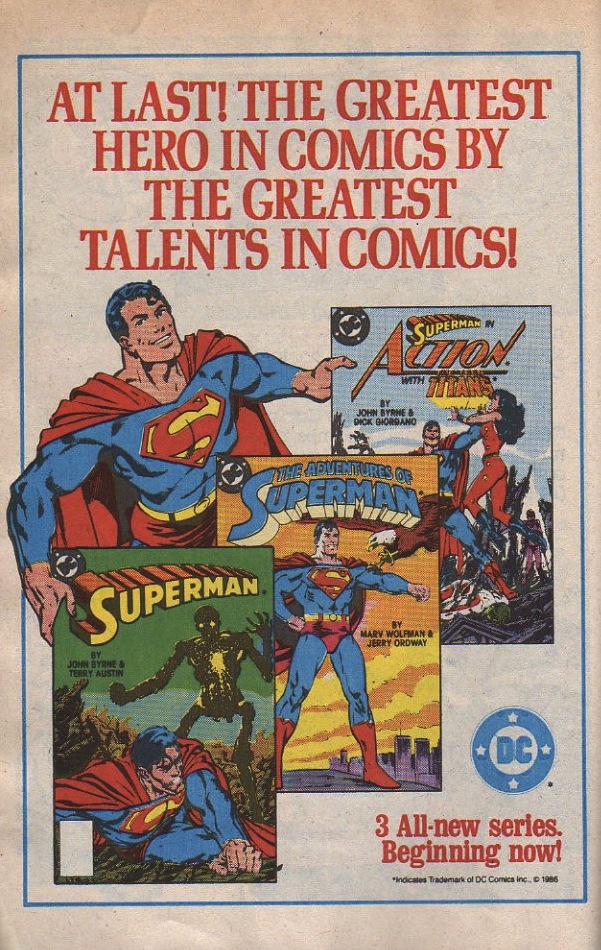 I can only imagine how crazy the idea of Crisis On Infinite Earths must have seemed to fans in the late 80s. This series was designed to clean up continuity, freshen things up and start some things over from the beginning. Obviously, this is something that’s happened a number of times since then, but this was the first universe-wide reboot in the modern era. What stories would still matter? Which ones would be completely disregarded? Many of us are asking the same questions right now, but at least we understand the mechanics thanks to COIE.

As regular readers will know, I’m a big fans of DC’s Man Of Steel trades that have collected every post-Crisis Superman story up to a certain point in mostly chronological order (I’ve reviewed volumes 4 and 6), so I got kinda jazzed when I saw this ad in 1986’s Hex #17. I like to think that I would have been excited about all these new prospects were I a fan back then, but in reality, I’d probably be filled with a little apprehension, as well. If you’re looking for a less-powerful, more down to earth Superman who isn’t crying all the time, you can’t beat those MOS books.