Wow, it’s been a while since I wrote about TV, hasn’t it? I admit, I get a little burned out after being on the computer all day and don’t always feel like sitting under my laptop while enjoying the evening’s mindless entertainment. With the regular TV season coming to an end, expect a lot of reality series’ to pop up as well as summer series’ on networks like USA and TBS. But, there are a few ongoing series that my wife and I have been watching and even a few that we’ve been enjoying. Here’s a few of the reality shows we’re digging right now.

My wife and I stumbled onto Shark Tank because we’re old and lame and don’t do anything on Friday nights anymore. The show, which is on at 8:00PM on ABC, features a panel of sharks (ie very rich people who are looking to invest in new ideas/business/products) hearing presentations by inventors and deciding whether they want to invest in them. In addition to showing off some really interesting advances, the show captivates us because of the way people make their decisions. It’s easy to say that many of them are outdone by their greed, they don’t want to trade away a certain percentage of their idea for some money and solid backing by people with zillions of more connections in the biz, but I think there’s more to it than that. If you spend all this time and money working on a project, it really becomes your baby and you don’t want to just hand it over to someone else. But, that’s what you usually need to do to put a dent in whatever industry you’re trying to break into. After watching a good deal of episodes at this point, it’s funny how my wife and I can kind of see the Matrix. If someone comes in asking for a lot of money and a low percentage offer, you can just tell they’re not getting that deal. There’s also a clear correlation between having a good product that you’ve started selling and the sharks’ interest. If you come in with a great idea, but zero sales and want a lot of money? Kick rocks, kid. It’s super interesting, love this show. 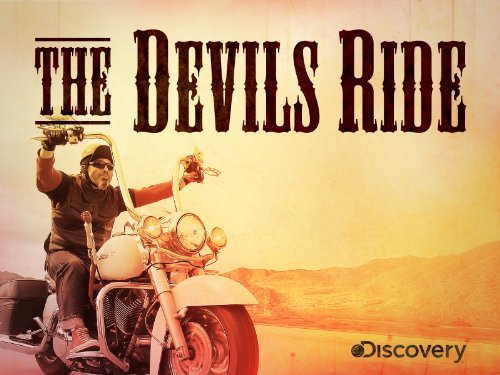 I’ve also become fascinated with Discovery’s The Devils Ride, which follows the exploits and inherent drama found in a motorcycle club. I’ve only seen the first episode so far, but I was immediately absorbed. This is kind of the perfect reality show because it’s not corny and it also shows viewers a world most of them have never seen. It certainly helps that these people have an air of violence around them, you never really know what’s going to happen. Additionally, there’s a good deal of political and dramatic elements going on in the club itself (the elements that would make this an interesting series, not just a reality show). In the first episode, the guy who started the club and has been the president since inception stepped down and gave the job over to the vice president. So, there’s a lot going on there that has surely been explored in the episodes I haven’t seen just yet. It’s on Tuesdays at 10:00PM EST and I just realized I missed it again last night. Boo. On a fun side note, I was in a fraternity in college and it’s really interesting how similar the set up between that organization and this motorcycle club are. I was VP myself, but I didn’t get a cool patch.

Lastly, I want to talk about a show that’s not actually on. Why am I not watching a new season of The Real World right now? Traditionally speaking, a new RW immediately follows a season of The Challenge. For instance, the DC series ended on March 31st, 2010 and Fresh Meat II premiering a special preview that night and then the first full episode on April 7th. This year, though, The Challenge ended (back in April) and yet there will not be a Real World until the June 27th premiere of the St. Thomas season. Don’t get me wrong, I’m actually a much bigger fan of the Challenges and would be fine just watching those every few months, but Real World acts as a really good cast member generator. Has anyone heard about why they decided to do this? I did notice that MTV kicked off a lot of new shows directly following the last Challenge including The Pauly D Project, the new Punk’d and the unbearable I Just Want My Pants Back. Maybe they were trying to leave room for those series’ to do their thing? Who knows. Actually, if you do know, let me know in the comments, I’m very curious.