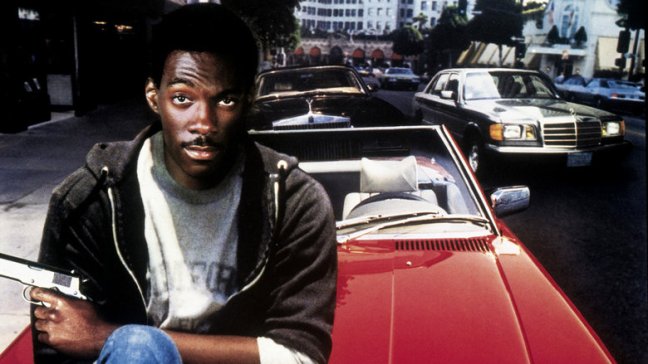 I don’t know about you guys, but I was pretty happy when CBS ordered a Beverly Hills Cop TV pilot that would feature Axel Foley’s kid — played by Brandon T. Jackson — trying to get out from under his dad’s shadows as he made his way as a police officer in the California community. The idea of Murphy returning as Foley was rad enough, but to have the show co-produced by Shawn Ryan (The Shield)? That sounded like a recipe for success. Unfortunately, the project didn’t go to series, so where does that leave Axel and company?

According to Deadline he’s returning to the big screen by way of Paramount. The studio tapped Josh Appelbaum and Andre Nemec to write the script which is being developed now. Applebaum and  Nemec have some pretty impressive credits to their name including Mission: Impossible – Ghost Protocol and as writers and producers on Alias and the US version of Life On Mars. They also wrote the new Ninja Turtles movie which no one really knows what to make of at this point.

Anyway, I’m always on board for revisiting my favorite film franchises. If they’re great, you get another entry to watch over and over at your leisure and if it’s bad? Well, just ignore it. I don’t fall in that “one bad entry ruins a franchise” camp. What do you think. Is this a good move?