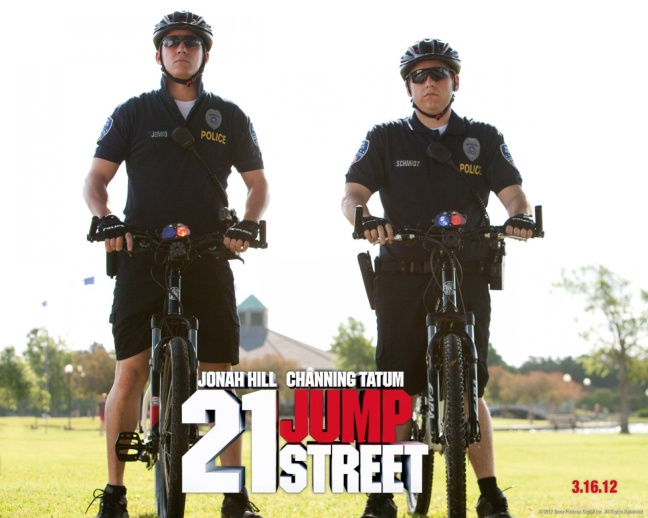 21 Jump Street surprised a lot of people when it came out last year. People weren’t sure what to think of the comedic take on the 80s Fox drama about young-looking cops infiltrating high schools to solve crimes, but the combination of Michael Bacall and Jonah Hill’s script, Phil Lord and Chris Miller’s direction and the chemistry between stars Hill and Channing Tatum made the film a comedy-action hit.

Lord and Miller talked to Collider during SDCC this year and announced a good deal of information on 22 Jump Street, which will be their post-The LEGO Movie follow-up. First up, they discussed some of the challenges in nailing down the script.

“People don’t wanna see the same movie that they saw the first time, they don’t wanna see something super different from the first movie, and navigating what that is has been challenging,” Miller said. “We didn’t really sign on to this movie until about a month ago because we didn’t feel like we were sure that it would be a good movie, and then finally we got to a point in the script where we were like, ‘Okay, I believe this will be a good movie.’”

“It’s more about their marriage, basically,” Lord said after talking about how he and Miller looked to their own relationships for inspiration. “If the first movie is about two people getting together for the first time, this is about what happens if you try to really make the relationship work.  We’ll probably never do another bromance after this one, but we’re trying to get as emotionally deep into that as possible.”

He also quickly explained the story-logic behind the name change: “It’s called 22 Jump Street because they move across the street.”

Production is expected to begin in New Orleans this September.