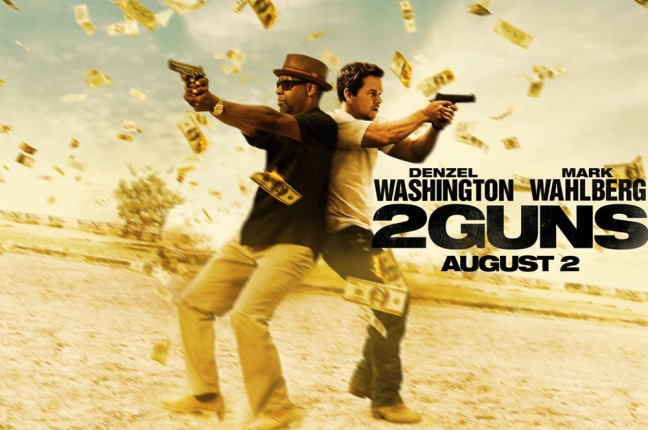 Depending on which channels you watch or radio stations you listen to, you’ve probably seen and heard a lot of ads for 2 Guns. The film stars Denzel Washington and Mark Wahlberg as two undercover investigators from different organizations who join forces after realizing they’re being set up.

Baltasar Kormákur helmed the project which reunited him with Contraband star Wahlberg. From the looks of things, the flick seems to be a pretty solid mix of action and comedy, with Wahlberg playing the colorful jokester to Washington’s far more serious straight man.

The red band trailer below features many of the scenes from the TV spots, but with a few more explosions, Wahlberg witticisms and the occasional swear word. It’s technically NSFW (depending on where you work), but only just barely.