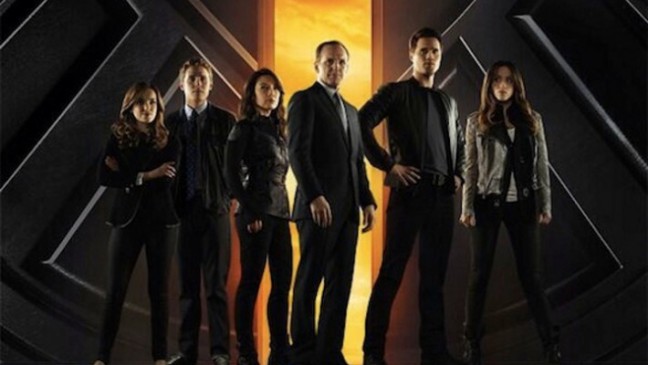 As it turned out, last week’s premiere of Marvel’s Agents Of S.H.I.E.L.D. on ABC was the kind of show where the bloom fell off the rose as the week went on. The more opinions we read and heard, the more we realized that the episode was a bit dull and probably wouldn’t have hooked nearly as large an audience as it did had it been presented as a completely original show. But, a generally likable cast and the intriguing tease of an O-8-4  were interesting enough to bring us back for me. As you can imagine, SPOILERS follow. 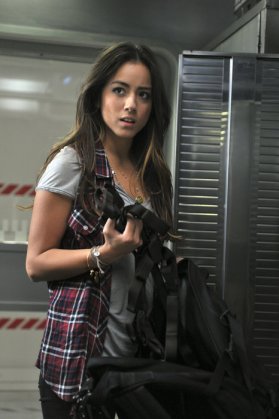 As it turns out, an 0-8-4 is an unidentified object. In this case, it’s a German-looking device mixing tesseract and gamma energy found in an ancient Peruvian temple. While checking it out, the team meets a group of Peruvian soldiers lead by a former compatriot of Coulson’s named Col. Camilla Reyes. Soon after, rebels attack, leading the team and some of the soldiers into their airplane headquarters. After some hang out time and a bit of bonding between Skye and Agent Ward, the soldiers attack the S.H.I.E.L.D. team and take over the plan forcing our heroes to learn to work together in order to keep themselves alive. 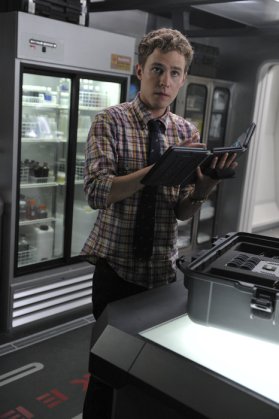 From a plot perspective, this episode made some interesting turns we weren’t expecting. The soldiers and rebels weren’t a huge surprise, but we thought the device would actually play a larger part in the story itself. Instead, it’s more of a MacGuffin that doesn’t do anything aside from blowing a hole in the plane. However, the betrayal element wasn’t a huge surprise. It sure did seem like the Peruvian soldiers were incredibly well prepared for this supposedly on-the-spot mission. How were they able to plan for a drill and knock-out gas if this was a spur of the moment kind of thing?

From a character perspective, we get to learn a bit more about this mystery-infused cast. Ward is worried about this team having very little field experience and the fact that Skye is completely untrained. Meanwhile, he reveals to us and the team that Agent Melinda May is also known as the Cavalry, though she doesn’t like the nickname. From the looks of things, she earned the monicker because she can ride in and handle just about any situation from rifle-toting soldiers to hijacked super-planes.

Ming-Na Wen does a great job of playing the team badass, but at times it feels like all the poses and nonchalant badassery are a bit too forced. In other words, more “I’m doing this for the cool tracking shot,” than because it makes sense or looks authentic. It’s not just her though, when Ward stabs that thing in the ground in the temple that sends out the shockwave, it also felt too staged. It felt a bit like Power Rangers light, which sounds meaner than we want to be, but also gets the basic point across. But then you’ve got Ward and May retaking the plane towards the end of the episode and that’s all golden. 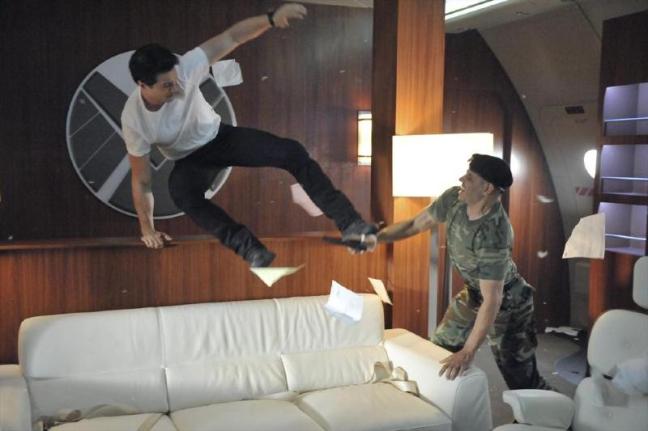 As you’ve probably already heard, the episode ended with the second film characters appearance aside from Coulson. Samuel L. Jackson’s Nick Fury dropped by to give Coulson some trouble for destroying the plane so early in the team’s existence. Hey, at least it wasn’t a helicarrier, right?

The end of the episode left us with a few more intriguing mysteries. First off, Skye’s still in communication with the Rising Tide (which we really hope has ties to Namor and Atlantis). This really seems more like one of those “I got in too deep” situations (pun not intended, but also not deleted) as opposed to her being some kind of deep undercover agent. Then again, it would be even more “surprising” if the most genuine seeming member of the team was really a deceptive agent of an evil organization. There’s also room there for a sleeper agent plot. Or an LMD. Or a Skrull. Or…maybe we’ve read too many comics.

The other element that we’re fairly certain will come back in some capacity is the Slingshot. Did this facility get explained in greater detail than “we shoot unstable things into space?” If that rocket is going to a space station (either as part of a secret S.H.I.E.L.D. plan or being intercepted by some other group), then that’s an awful lot of wacky tech just sitting there above the Earth. Hey, maybe this is a Guardians Of The Galaxy connection! It would make a lot of sense for the most obscure Marvel Studios film project to get a little help from the series, now that we think about it.