Goodness gracious! I was looking through my unpublished drafts and found this post about the rest of the horror movies I watched during October. There’s some good stuff in here, so let’s jump back in time a few months and think scary thoughts! 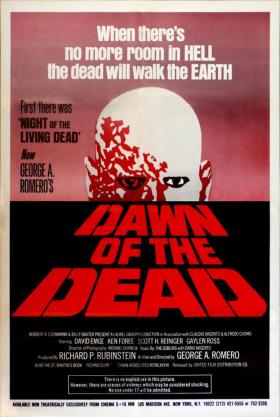 After a super busy September and October, I’m still catching up on all of the movies I watched for work and fun. After focusing on new films early on in the season, I decided to go through my movie collection and Netflix to make a list of films I wanted to watch leading up to Halloween. The list had a total of 26 films, though I wound up removing five. All told, I watched 13 plus the seven films making up the original Halloween franchise. I’m saving a few of them for another post, but I did want to throw out a few thoughts about what turned out to be a major rewatch experience.

As it turned out, zombies were a huge part of this year’s list. Dawn and Day Of The Dead easily made the list along with Dance Of The Dead, the Dawn remake and World War Z. I didn’t get to those last two, but I keep seeing more and more things in those two Romero movies that I love. I’ve been seeing a lot of people dump on the zombie genre lately. To them I say, watch those two movies. They are amazing films, not just horror flicks. Meanwhile, I still have a great time with Dance which is just super impressive when you take into account it’s a low budget film that doesn’t look it. This is easily one of my favorite zombie movies from the past few decades. 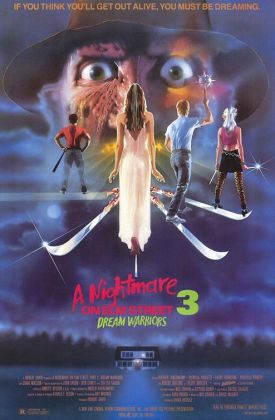 Threequels also turned out to be of interest to me this year. A Nightmare On Elm Street 3: Dream Warriors, Halloween 3: Season Of The Witch and Ghoulies III: Ghoulies Go To College all made the list, though I only got to the first two. Dream Warriors is still my favorite Elm Street movie. Watching it again, I found myself captivated by the craziness going on on screen. This movie is just so impressive all around. I also continue to love Season Of The Witch, but I’ve noticed I have trouble remembering all the plot points. I think it’s because I’ve never sat down and just watched the movie without other distractions. It’s one I hope to show in our backyard next fall, for sure.

Speaking of the Halloween movies, I watched the original, 2, 4–6, H20 and Resurrection and  I continue to love that franchise. I’m still not a fan of how the last two disregard 4, 5 and Curse, but even though H20 is super short, I think they did a solid job of conveying what it would be like for Laurie Strode to have survived and hitting the anniversary of that fateful night. I also liked Resurrection more, thought the plot was pretty modern and interesting, but hated how Busta Rhymes didn’t get taken out by Michael Myers. Seriously, all of the film’s major characters get iced by this guy, but a dude who watched a bunch of old school kung fu flicks makes it out alive? No way. 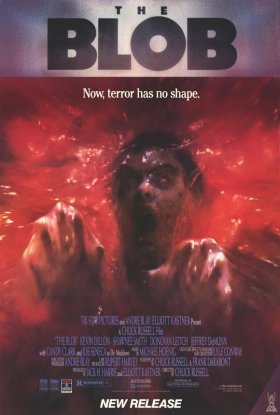 I also found myself revisiting The Blob remake, which I thought I reviewed on UM but haven’t! This one was much scarier, creepier and grosser than I remembered. I had a huge crush on Shawnee Smith after seeing Who’s Harry Crumb? back in the day, so it was cool seeing her do the horror thing.

Cabin In The Woods also popped up on Netflix and figured I’d give it another shot. I still hate the Shaggy-like stoner kid’s acting in that movie, but I liked it a lot more as a whole this time around because I knew what it was going for. I also think the final girl’s decisions at the very end of the film seem super crazy. SPOILERS, but not killing one guy as a way to end the whole world which will kill him anyway seems super dumb to me. Doesn’t she have family? Or care about anything? It’s a really strange choice from a writing perspective.

Finally, I did a double feature of House and House II: The Second Story, two movies I absolutely love. The first one sets a tone that the second one just RUNS with in a completely crazy direction. These two don’t really work off of each other in any way, but thematically, they make sense. They also both make me smile A LOT, which I appreciate.