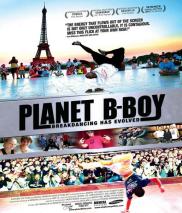 Have I mentioned before how much I love dance movies? If not, I do. I even watch a few dance shows in the vein of America’s Next Best Dance Crew (new season starts soon!). So, when I came across Planet B-Boy (2007) in the Netflix instant watch queue, I added it. Like most of the 330 movies currently on my queue, I added it a while ago, but didn’t get around to watching it until recently. One of the things I love about the instant watch feature is that it opens me up to documentaries I probably wouldn’t have otherwise heard about.

Okay, so here’s the deal with Planet B-Boy. It starts off telling a little bit of the history of break dancing and b-boy culture, how it started in the US and has branched out to what seems like every country in the world and about how the crews compete now. The main thrust of the movie follows several break dance crews as they compete in the big break dance competition for the whole world. You get everything from the kid who’s doing this even though his parents don’t understand to a little French kid who is on a mostly black dance crew. When you see them walk up, it looks like a joke or a gimmick, but the kid’s got moves.

Not only do you get wrapped up in the dance competition, but also some of the individuals from the different crews. It’s a great little movie that feels as much like a sports competition than a simple dance off. 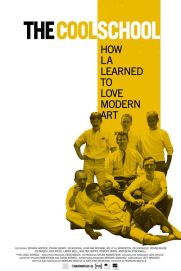 I’m also a fan of art. Not a big huge fan. I’ve never really studied it or anything, but I’m fascinated by the creative process in general, especially when it means taking a blank canvas or a lump of clay and doing something so cool with it. The Cool School (2008) takes a look at the burgeoning modern art scene in LA in the late 50s through the 60s. I had a lot of fun with this, learned a lot and don’t really remember a ton, but I know it was a fun watch. See, all these artists really saw themselves as these counter culture rebels, and they were. It’s just kind of funny to think about how powerful this scene and the very similar one like it going on over in New York really were revolutionary. Can you think of anything like that now? Is it because everything under the sun has been done (and recorded) or is it that we’re not really pushing ourselves as youths anymore? And how does Twilight play into all this?! Okay, I’m getting riled up.

Cool School focuses on not just the scene, but most of the artists, participants and hangers on who were around for it, which was something I really liked. A lot of times you watch something like this and it’s a lot of secondary and tertiary figures or songs and daughters talking about people. Heck, they even got Dennis Hopper to appear with another guy and talk about the artists like me and my friends talk about comics. It was pretty cool, especially considering that after a few people fell out of the group, left or died, it all kind of fell apart. This one’s definitely worth a look if you’re interested in art, culture or stories about what a group of compatriots can do with a little money and a lot of freedom. 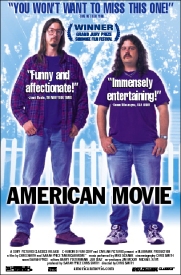 Sweet Christmas, American Movie(1999) is not the kind of movie you should watch when you’re feeling down about yourself and wondering whether you should give up on your dreams. Or maybe it is. It’s about that dude there on the left in the poster. He’s been a dreamer all his life and wants to make movies. The problem is that he’s got no money, is heavily in debt and has a drinking problem. But none of that will stop him from making his movie…or at least finishing the short film he started years prior.

The reason I watched this movie today is that I remembered seeing it at the video store and never had an idea what it was about. Sometimes my choices come down to something that simple. Thanks to my current emotional state and unemployment this flick really hit me, especially because the dude on the left can’t imagine how anyone resigns themselves to living a boring life working in a factory or something and not doing something great. The simple fact of the matter that he doesn’t seem to grasp is that not everyone can be a movie director and every city needs a garbage man. But damn, you’ve got to appreciate and admire his dogged determination to get his creation out there. I wish I had that kind of drive. Maybe I do and I just haven’t figured out what that drive is for. Anyway, enough soul searching, everyone who’s ever had a creative impulse to do anything and either given up or not, this is the movie for you. Oh, plus the dude on the right is funny every single time he speaks, though unintentionally. Good, no great, stuff!