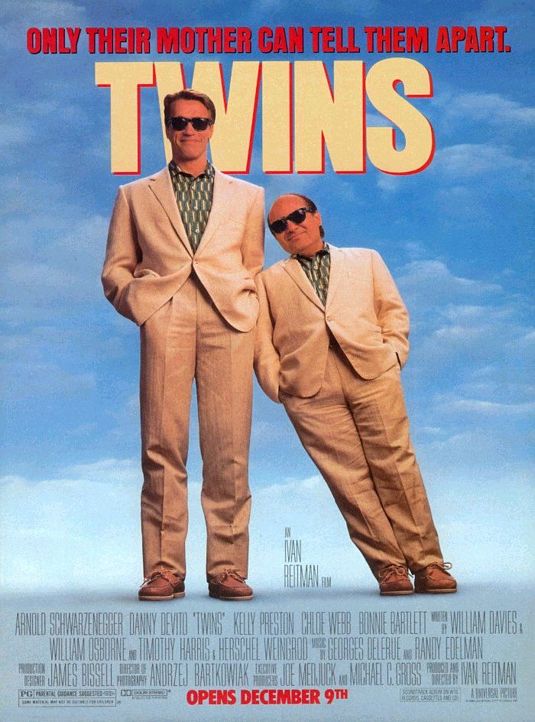 Like many people my age, I have fond memories of Twins. I didn’t remember much and only saw it a few times in my younger years, but it stuck with me as a pretty good movie, though never reaching the upper echelon of 80s comedies like Ghostbusters or Meatballs, which Ivan Reitman also directed). For some reason, I added it to the top of my Netflix Queue recently (someone brought it up in conversation and I thought “hey I should watch that again” but I can’t remember the convo). Anyway, I watched it again and was struck by how weird it is. The premise as I remembered it was already pretty strange: a bunch of high quality dudes gave sperm samples to create an ultimate human being, then all that got put into a hot, young Heather Graham. Graham would go on to give birth to twins who would grow up to look like Arnold Schwarzenegger and Danny DeVito. Arnold was kept on a tropical island paradise where he grew and developed into a fully actualized human being while DeVito got put into the foster system in LA and became a con man. Once Arnold finds out about his brother, he leaves the island to find him. It’s a fish out of water tale mixed with a journey of discovery (they want to find their mother) and some “con man learning the error of his ways” thrown in on DeVito’s part.

Of course I also remember the gags like Arnold driving on two wheels and the chain one at the end, but I had forgotten how harshly the movie treats its characters at times. Sure DeVito’s a sneaky crook, but when the doctor says “All the crap that was left over is what you see in the mirror every morning” to him I shuddered a bit. That’s some cold shit. Then later when they meet their mother, she straight-up lies to them, saying their mom died because she thinks they’re trying to get her land! Damn, lady, you could at least ask for some proof or something.

There’s also a weird bit at the end where the twins, now separated, start feeling what the other one felt and mimicking the other’s motions. It comes kind of out of nowhere (sure they had similar styles of dancing and washing their hands before, but no psychic links like this). I can get behind some weirdness in a movie especially because this based on the idea that some twins feel each others’ pain, but it doesn’t really serve much purpose to the story. DeVito says he felt Arnold in the setting of the climax, but he could also hear him. And the way they dispatch the assassin called back to an earlier interaction with the pair not this mystical connection. It might have been how they explained Arnold tracked DeVito down, but that could have just as easily been a recall from something said earlier in the script. 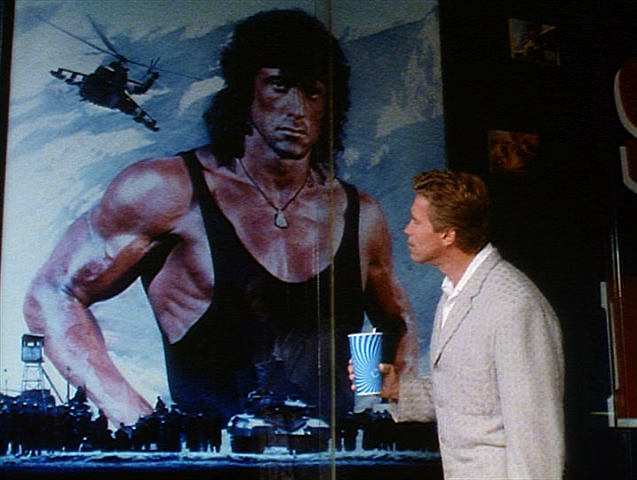 Even with the problems I had–by the way, the DVD had one of the worst transfers I’ve ever seen on a major studio movie, it looked constantly grainy, I’ve got VHS tapes that give a better visual–I still had fun watching the movie. Those gags I remembered are still good after all these years (though the chain one IS a bit cheesy) and even though the movie is uneven in many places, it’s still got a good heart at the center of it that is something a lot of movies forget about nowadays. 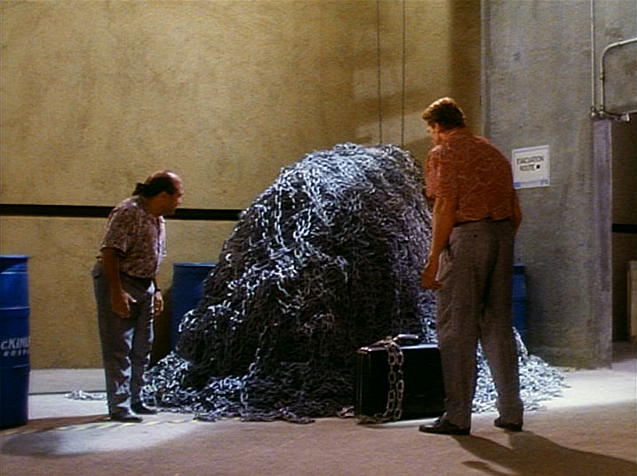 I hope you enjoyed the pictures of man goo, Heather Graham, Rambo and chains (separate pictures, though I’m sure that will get some interesting hits from Google).