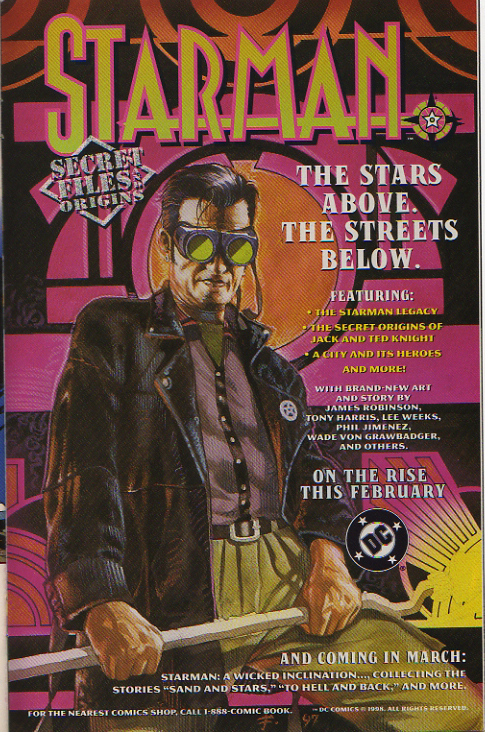 One of my absolute favorite times of comic book discovery was when I was an intern at Wizard that one wonderful summer. During that time I found two of what would become my favorite comics series’ of all time: Starman and Preacher. It was a good time because part of our intern responsibilities included organizing comics which meant that at least some of the comics were where they were supposed to be (something I couldn’t say even when I started working there a little over a year later). I was lucky enough to read Starman in issues which meant they were actually in the right order (up until the Omnibi were released, the series was collected really haphazardly) and I instantly fell in love with the book. I guess I scanned this ad from 1998’s Major Bummer #8 just because I like the book so much. Oh, also, I just love Secret Files & Origins for their wealth of knowledge and pin-ups! Anyway, it works pretty well because I will also be covering Starman in today’s Trade Post, so stay tuned!