It’s a big catch today thanks to finally getting some reading done and there being a lot of interesting news on the net in the last few days. Let’s jump right in and see what we’ve got.

I was just trying to explain Chew Chalk to the missus the other day, but couldn’t remember what it was called. Thanks Did You See This?!

Holy crap, Kevin Eastman is selling every single piece of Teenage Mutant Ninja Turtles merch he’s received in the last 25 years for $50, 600 on ebay. That’s an incredible-sounding, 50-box lot, but kind of makes me sad that he’s getting rid of everything. (via Bleeding Cool)

Rich Johnston‘s chronicling of Cowboys & Aliens from idea to pay-for-play trade to big time movie reminds me why I had such a negative reaction to this book back when it came out. I still kind of want to see the movie though…

Gotta love the new Green Lantern Universe Classics figures and The Fwoosh‘s pics of them.

I first read about Jim Sanborn’s Kryptos statue at CIA headquarters in the JJ Abrams issue of Wired which turned me onto that mag in the firs tplace. Apparently Sanborn revealed a clue this weekend for the unsolved fourth section. It’s fascinating that this statue in the heart of spyland has gone unsolved for 20 years. (via, you guessed it, Wired.com)

I can’t follow the link back from Ffffound for some reason, but I dig this Dragon Con 2010 piece.

Reading Tom & Lorenzo talk to Basket of Kisses’ Deborah about the job of blogging is pretty fascinating. Even though I’m on a much lower level than them, I can completely related when it comes to pushing through to get a post up so it doesn’t seem like it was influenced by another writer. That’s actually why I stopped writing about Mad Men, seemed like everything I had to say was already being said by sites with way more eyes than mine. 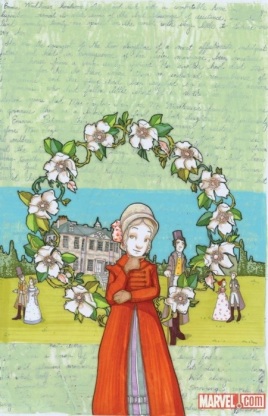 Check it out, Janet Lee of Return of the Dapper Men fame is doing Sense and Sensibility over at Marvel. Can’t say I’m a fan of Jane Austen, but at least the book will look amazing. (via CBR)

Unlike my buddy Rob over at Topless Robot, I’m not super worried about the annoucement of a new Buffy the Vampire Slayer movie with seemingly no involvement from Joss Whedon. If it’s good, great, but if it sucks, I’ve still got the show. It’s all about perspective people.

As a Netflx customer I’m not super happy to be hearing the news of price hikes from /Film instead of an email. Changing service and payment is what drove me away from the Blockbuster service, but it’s not like there’s any legit Netflix competition. Maybe I’ll switch to the 2 disc plan which doesn’t cost as much and isn’t getting a raise. We’ll see. 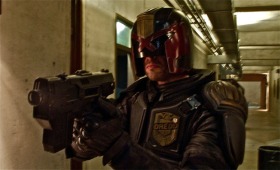