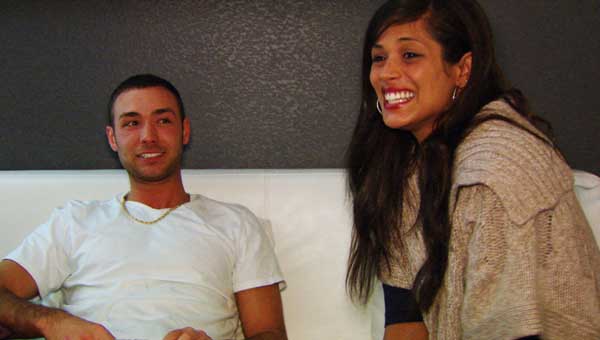 Tonight’s episode of Real World Las Vegas was pretty fantastic and even changed my opinion on a few of the characters. Continuing the theme of real-ness that hasn’t been seen on this show in quite a while and possibly never to this degree, tonight’s episode featured children reuniting with parents they haven’t seen in years, someone dealing with the death of a loved one, the discovery of a long lost pair of siblings, a relationship coming to an end…oh, and motocross. Hey, it doesn’t need to be all heady stuff. Hit the jump for all the deets. 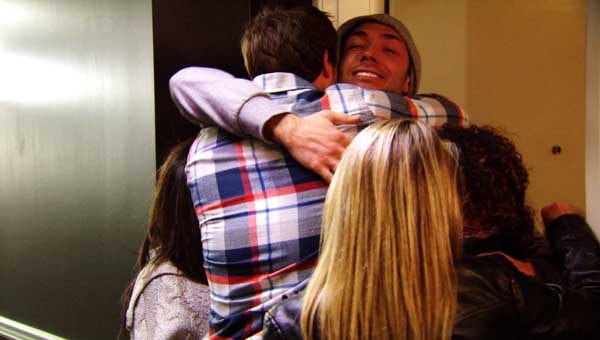 Tonight’s episode almost entirely revolved around Nany and for once, I’m writing that without rolling my eyes or sighing. Her two big storylines really came to a head tonight: her relationship with Adam and the search for her father. At the end of the previous episode, they got the news that Adam would be coming back to Vegas and staying across the street from the Hard Rock Casino. Nany was pretty psyched, but Leroy was just the opposite, having assumed he’d never have to see Adam again. He also straight up told Nany that her being with him makes her look stupid. Meanwhile, she gets a phone call from the investigator who went to where her dad lives and has news for her. They set up a meeting for Friday, which is the day after Adam gets in. She was super excited, talking to the roomies about all this at the bar, saying that she wants her dad to see how she lives and that she takes care of herself so he’d be proud. My initial response was “Oh man, I hope she’s not getting her hopes up too high.” After some introspection, Nany tells the camera that she now wonders if she’s really as secure with herself as she always thought because she always had a man or was pining over one.

That moment of personal quandary gets blasted once Adam gets into town. He calls over to the hotel and talks to Nany. Naomi, Dustin and Heather go over there with her. They all talk for a while and then Heather, Dustin and Naomi bow out so the douchey couple can have some alone time. They use it, of course, to bone. We know this because Naomi asks her when she gets back and she confirms. Now she’s telling the camera that Adam isn’t just some guy to her. We’ll see…

Later that day, the investigator she hired to track down her dad comes over and has some unfortunate news. He went to the place he thought the dad was last thought to have lived and found out that he had actually passed away in 2002. Man, I really felt for Nany here. It could have been worse to find out he was alive and didn’t want to see her, but this was just rough news to hear. I’m sure she felt bad for not trying to find him earlier, but you can’t spend all your time looking back and wondering what might have happened. She did get some good news, that she has an older half brother and a younger half sister that want to get to know her. After some comforting from her roomies, we get a getting ready montage that leads into most of the roommates and Adam going over to the Palms and supposedly having fun. We don’t ever see Adam ask about Nany about the meeting, but that doesn’t mean it didn’t happen. We do see him getting completely wasted, doing a ton of shots and getting weird with Cooke, kind of pawing at her.

In the van on the way home, Adam wants to go to a chapel and get married to Nany but she’s not feeling it, obviously. He then decides he wants to sneak into the Hard Rock as the van pulls up there. He tells Nany not to blow up his spot and puts his hood up, but the bouncers there aren’t stupid and seemingly peg him immediately. Adam takes like one step and the bouncer rolls over and tells him he’s not supposed to be there. Adam’s like “Okay, cool,” and then walks towards the door only to be stopped by the bouncer once again. Adam goes to return to his hotel and Nany walks with him but she’s pretty upset and done at this point. Back at his room, Adam’s drunk and all over her, but Nany gets out and goes back to the suite where she (and we) get treated to Leroy’s reenactment of how Naomi sneaks into his bed occasionally. I thought they stopped hooking up, but what do I know? The next day, Adam calls and tells her he doens’t remember anything and she’s had enough and pretty much stops talking to him.

As a break from all the Nany drama, Mike gets ready for a visit from his mom and her boyfriend. As regular watchers will remember, Mike’s mom went to jail and had a big drug problem. She also has breast cancer so all of that together has given her some problems. Mike hasn’t seen his mom in two years and feels weird about being around her because it brings up a lot of the old, bad feelings he had with her as a kid. It’s completely understandable, but after a talk with Nany where she encourages him to not miss out on the opportunity she wasn’t given, he really comes around to hanging out with and being with his mom. They spend some nice time together and then they take off.

The only downside of her visit? Mike had to miss the gang’s trip to the Hoover Dam. It seemed strange that they didn’t just switch the time of the trip. Later, the gang all learn how to ride motocross and seem to have a pretty good time. Back to the drama at the house, Adam keeps trying to talk to Nany, but she doesn’t want to have anything to do with him. Later, she calls her half sister, things seem to go well and they talk about meeting. Finally, Adam gets through to Nany and the two talk on the phone. Adam’s mad because she ignored him for the past few days which is somewhat understandable, but the dude definitely doesn’t get my sympathy because he never takes any real ownership for the bad things he does and yet tries to make other people feel bad for the things they’ve done, which we get to see when Nany heads over to his hotel room to return the hoodie he gave her. It’s awkward, but I give her a ton of credit for finally getting this douche out of her life. The episode ends with Mike saying goodbye to his mom and also Nany meeting her half sister at their dad’s grave site. I think this was a really touching ending, but it felt weird from a time/story perspective. Since we never saw Nany actually making plans to do this, it’s assumed that it happened later. But they’re showing it with all the other things we saw in this episode. Just sorta confusing, that’s all.

It was very relieving to see people learning from their mistakes this episode. Nany realized that Adam sucks and decided to move on from him. More importantly, though, she also realized that she might put too much stock in being in a relationship. Meanwhile, Mike broke down some of the shell he’s created around himself to protect himself from potential mom-related pain. That’s all I got folks. Thoughts?