Goodness gracious, I really do have the best intentions when it comes to these Casting Internets posts. I save all kinds of good links and want to do them on a more regular basis, but then I get tired of sitting in front of my computer and wind up with six or seven pages of Read It Later links. Sometimes I wish the internet would all collectively take a few days off so we can catch up. Now that I think about it, that’s what the weekend is, but who wants to sit on the computer over the weekend?! Anyway, here goes.

Jeez, I’m still catching up on NYCC stories! I believe this is the last one for CBR, but I covered the Robert Kirkman spotlight panel. For Marvel.com I did pieces on Scarlet Spider and Deadpool!

In other Marvel.com assignment news, I talked to awesome dude and fellow Ohioan James Asmus about his Five Favorite Avengers!

Back over on CBR I did a piece calling out the five creepiest moments from Image’s excellent Severed for Halloween!

My pal Sean T. Collins annotated A Game Of Thrones! He also wrote a story in Spider-Man Marvel Adventures #19 that I greatly enjoyed.

Sean also gave me a shout out in one of his Mad Men posts. I’m flattered and glad I could help solidify an idea or two!

My former professor Dr. Rebecca Steinitz has written a book called Time, Space and Gender in the Nineteenth-Century British Diary. I would buy it but it costs nearly $70 on Amazon!

TVLine showed this pic of chefs on The Simpsons! Has this episode aired yet? I have no idea how behind the times I am anymore.

Tony Iommi talked to Rolling Stone about his upcoming autobiography Iron Man: My Journey Through Heaven and Hell with Black Sabbath and now I want to read said book. I also want to know if that Sabbath/Led Zeppelin jam session was caught on tape!

Speaking of Black Sabbath, I had no idea that Ronnie James Dio and his band put together a supergroup charity disc that Dio’s widow will be releasing. Not much of an 80s metal fan, but I’ll check that out. (via Rolling Stone)

If you’re like me, you’ll open this post where Kurt Busiek answers questions, do a search for “Astro City” and get some good news! 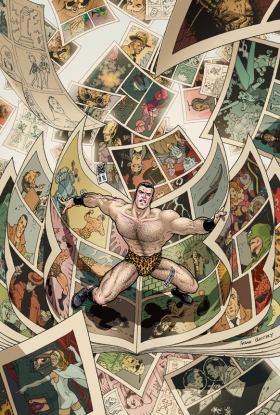 The Vertigo blog revealed the cover to the upcoming Flex Mentallo collection by Frank Quitely. Can’t wait to read this one again.

Really glad to hear that DC and Mattel have extended their toy-making relationship!

I love that the people of Detroit are angry that Nickleback will be playing the annual Thanksgiving game. I went to that game one year, I think 3 Doors Down or some such band played. (via Rolling Stone)

My pal Kiel documented the Halloween adventures of many of my other pals over on the Cool Kids Table, give it a read!

This video of two people dance/sword/knife fighting is almost Lynchian. Do you think it ends so abruptly because one of them stabbed the other? (via IHC)

As a fan of The Wallflower’s Bringing Down The Horse, I’m glad to hear they’re getting back together. (via Rolling Stone)

These TARDIS and Dalek ornaments are wonderful. (via Doctor Who Merch)

The new Bond movie is called Skyfall and will star Javier Bardem and Ralph Fiennes, Spinoff has the rest of the deets. I am quite excited about this movie.

Spin did a list of the 40 Greatest Comedy Albums of all time. I want to own them all, but I actually own four of them, but at least I’ve got #1.

Speaking of comedy, THR announced that Shout Factory will have a new Richard Pryor CD/DVD set that will include his comedy records, concert films and “TV special highlights.” Color me excited.

Stephen Merchant wrote a piece for Esquire about eating on the road throughout the world.

If this Wired headline doesn’t grab you, I don’t know what will: There is a Real-Life Jet Pack School Where You Can Learn to Fly.

The Prop Store has some amazing Return of the Jedi behind the scenes pics taken by a fan who camped out near the Tatooine set. Awesome. 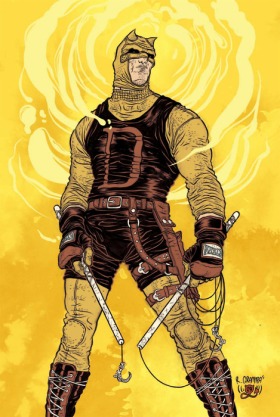 My pal Ryan Penago posted this awesome original costume Daredevil piece by the amazing Rafael Grampa. That guy should draw everything. 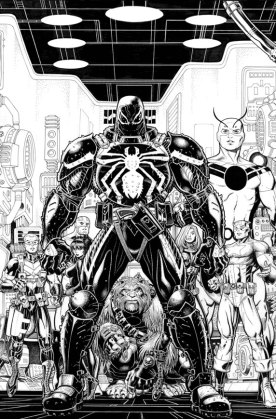 Speaking of Marvel art, I haven’t read Secret Avengers, but that Rick Remender sure knows how to write good comics. And with covers by the glorious Art Adams, that book is even more appealing. (via CBR)

Finally, this CBR article I just read said that the upcoming Amazing Spider-Man game will be more like the Spider-Man 2 game for PS2. As that is my all time favorite latter gen video game, I am excited about these developments and hope they can live up to the growing hype inside my brain.