Okay, as promised, I’m finally getting around to writing about my favorite new-to-me records of 2011, just like I did last year. Of course, I’m not counting new old record by my favorite bands of the year, because that would just be redundant. As it happened there were a clean dozen records that really sparked my imagination and pleased my ears in various ways this year. I’m going to try and keep these short and sweet, but you never know when it comes to me. As you probably know, I can get a bit wordy. If you want to see all those words, hit the jump.

Paul’s Boutique is one of those records that I’ve heard about for years, but just never got around to listening to. Thanks to it being one of the cheap digital records on Amazon, I finally got the chance and it is as awesome as everyone said. I’ve been disappointed by other suposedly classic Beasties record, but this one killed it. Probably the most complete album of theirs I’ve listened to. I wish I’d had this playing in my head for years instead of months.

I already wrote about Matt & Kim’s Sidewalks, so I’ll just say that it’s probably the album I’ve listened to most in the car and still think it’s got better beats than 90% of the hip hop songs I hear on the radio.

Every great thing that has been written about Mumford & Sons’ Sigh No More is true. If you love passionate music sung and played to perfect, you will love this record.

I’ve been curious about The Yardbirds for years, mostly because it’s the band that gave Jimmy Page, Eric Clapton and Jeff Beck their start. As far as I can tell Shape Of Things is good representation of the band from its various eras and line-ups. I was surprised at how many of their songs I instantly recognized. An excellent piece of rock and roll history that never feels like homework. 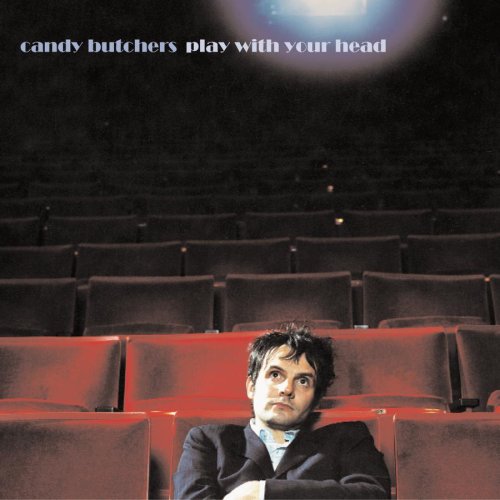 My pal Jesse sent me Play With Your Head by Candy Butchers. That dude really knows what I like which is interesting because we don’t actually talk about music that much. For some reason I thought this was a much weirder record than it actually is, but upon listening to it again recently, it’s a sonically playful record that has fun with its pop sensibilities.

While I’m not a huge fan of the synthesizer sound that dominates Innervisions (I can’t get past the feeling that those sounds equal over-production even if Stevie Wonder’s fingers are playing the keys, it’s a mental block kind of thing), you just can’t best how awesome songs like “Higher Ground” and “Too High” are. Anyway, this is my first Stevie Wonder record and I’m curious to see where I should go from here.

Imelda May is one of those artists whose musical sensibilities are so inline with my own that I have a feeling, I’ll like most of her records. Her previous outing Love Tattoo was one of my favorites of 2009, but I didn’t get her 2010 release Mayhem until last year. It’s yet another great rockabilly record with her perfect vocals. Love it!

I got the deluxe edition of Paul McCartney & Wings’ Band On The Run for the Yankee Swap I participated in in 2010. My game is to buy something I want and then go home with it. I’ve been successful every time. I probably wouldn’t have spent the $25 or so on this three disc (2 CD, 1 DVD) set if I was just buying it for myself, but the money limit of the game helped me out. I adore the regular album as well as the outtakes and just haven’t gotten around to watching the DVD, but it’s all fantastic stuff! “Band On The Run” itself as more musical ideas than some whole records!

Another Amazon MP3 purchase, God Willin’ & The Creek Don’t Rise by Ray LaMontagne And The Pariah Dogs turned out to be a great gamble. I’d heard of them and bits of their music on Parenthood, but this is my first real exposure. I haven’t listened to this record nearly enough, but I get the feeling this will turn out to be a Stephen Kellogg and The Sixers kind of situation where the lyrics will finally crack into my brain and live there for a while.

I am in no way a jazz expert, but when I saw that Louis Armstrong and Duke Ellington recorded an album together, it was one of the easiest $5 purchases I ever made on Amazon. This one’s a real zinger with two jazz titans at the top of their game (as far as I know) playing like champs. Such a great team-up!

Nic Armstrong & The Thieves’ The Greatest White Liar was another record sent to me by my pal Jesse and man is it fun. I almost thought this band was from the 60s or 70s because it has a real vintage Bob Dylan kind of vibe to it, but with clearer lyrics and a heckuva poppy vibe, but it’s not. Sometimes bands that sound like too much of a throwback come off as unadventurous, but this record does everything so well that you can’t fault them for showing off their influences while still doing their own thing. Besides, it’s not like this kind of music is everywhere anymore, so it’s nice to hear even if you do think it’s redundant.

I fell in love with Bob Mould’s voice on the Foo Fighter’s latest record and decided to search him out. He was in Husker Du back in the day, so I downloaded Zen Arcade and it is an amazing, raw album that made me wish I was more aware of this musical scene back when it was happening. Well, I was 1 when this record came out, but you get the idea. I find myself drawn to this kind of messy, raw, heavy music that didn’t used to appeal to me. I think I’m officially a Husker Du fan now, for whatever that’s worth. This is my favorite old-new album of the year that I picked up, hands down.