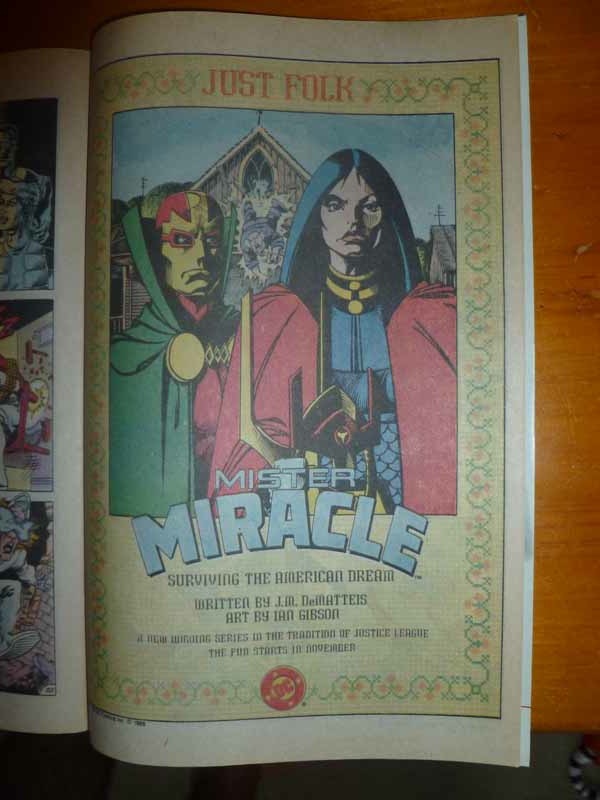 I first became familiar with Mister Miracle as a member of the Justice League long before I knew who Jack Kirby was. I loved how fun and energetic he was and even at a young age appreciate the relationship he and Big Barda had as a married superhero couple. I would go on to become a gigantic Kirby fan, especially his Mister Miracle book. I’ve read a few of the issues advertised in this issue of COPS #7 from 1989. The series started off with eight issues written by J.M. DeMatteis, followed by a Len Wein run and finished out by Doug Moench. That’s a pretty stellar line-up of writers. Anyone read all these issues? How to they hold up to the JLI stuff?